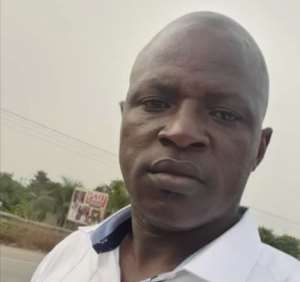 The Ellembelle Constituency Chairman of the governing New Patriotic Party (NPP) in Western Region, Mr. Samuel Akainyah, popular known as Atito on Thursday, January 23, 2020 rejected an offer given him to serve as a government appointee in the Ellembelle District Assembly.

The Assembly on Thursday inaugurated newly elected Assembly Members and Government Appointees at Nkroful following the successful conduct of the District Level Elections by the Electoral Commission on December 17, 2019.

In Ellembelle District, thirty-seven (37) members were elected and sixteen (16) had to be offered an opportunity to serve as government appointees, therefore making the total number of Assembly members fifty-three (53) in all.

He explained that the Constituency Executive Committee members were directed by the Regional Minister to submit names of people to be considered as Government Appointees and the six names subsequently submitted to the DCE.

Upon sober reflection, the Constituency Chairman rejected the position in solidarity with the 9 members who lost their slots.

Mr. Samuel Akainyah described the incident as a total embarrassment to the leadership of the party in Ellembelle.

He emotionally stated, "In fact the DCE has betrayed us because he didn't inform us before making these changes, in our list, we had picked the Constituency Secretary, Researcher, Second Vice Chairman, myself as a Constituency Chairman and others, but he replaced them (9) with new faces and intentionally selected me and I also thought it wise to step down so I didn't take part in the inauguration".

"He Kwasi Bonzoh thought Armah Kofi-Buah is a small fish to be beaten, before we can beat Armah Kofi-Buah we have to be united and formidable, but in fact the way Bonzoh is doing in the party, I have seen that he is not ready for the Parliamentary seat, why, can you as a Parliamentary candidate do this to us by betraying us. I am very sad but we will try and work hard for President Akufo-Addo to win and allow Kwasi Bonzoh to do his own thing. I have seen that he Bonzoh has sold the Mpship to Emmanuel Armah Kofi-Buah so we will not waste our time on him", he emphasized.

He added that the DCE was not collaborating with them for unity but only interested in mafia games.

Responses
So many party supporters in the Constituency have expressed their disappointment over the incident and re-echoed what the Constituency Chairman said that the DCE was not ready to beat Emmanuel Armah Kofi-Buah in the December 7th Parliamentary elections .

Commenting on the incident, the Western Regional Chairman of the party, Mr. Francis Ndede Siah described it as most unfortunate at this crucial moment.

He said he supports the decision taken by the Constituency Chairman to reject the offer and to back his colleagues.

He, therefore, promised to meet the two parties on Monday, January 27, 2020 at the Regional Party Office to resolve the issue amicably.

He advised the Constituency Chairman and his colleagues to ceasefire and protect the image of the party.

Election of the Presiding Member (PM)
At the end of the day, Samuel Asmah popular known as 'Asee' who was nominated within the Assembly, failed to secure the two-thirds majority of all Assembly Members after two rounds of voting.

During the first round, he got 23 votes as Yes and 27 voted No and also one was rejected.

He managed to secure 25 votes as Yes, 25 votes No and one was rejected.

The Ellembelle District Director of Electoral Commission (EC), Mr. Emmanuel Aidoo, has therefore postponed the elections of the Presiding Member to 10 days time.

Present at the inaugural ceremony were the Member of Parliament for the area, Emmanuel Armah Kofi-Buah, NPP Western Regional Treasurer, Miss Anna Akaisi Horma Miezah, some Constituency Executives of NPP and NDC, clergymen, traditional leaders, the media among others.