A jam packed Saturday at the Australian Open 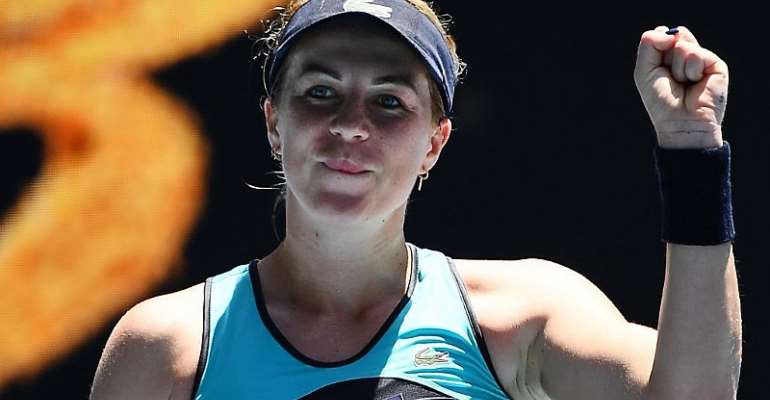 Results round-up: The Australian Open saw an exodus of seeded players this week, with second seed Karolina Pliskova crashing out in the women's draw on Saturday. In the men's Nick Kyrgios scraped past Karen Khachanov in five sets to set up a grudge match against top seed Rafael Nadal in the last 16.

"This is epic, man, I don't even know what's going on," he added. "He's (Khachanov) an absolute warrior," said Kyrgios.

It sets up a mouthwatering clash with the world number one Nadal, who romped past fellow Spaniard Pablo Carreno Busta 6-1, 6-2, 6-4.

Kyrgios, who was handed a 16-week suspended ban in September after a string of indiscretions, disparagingly labelled Nadal "super salty" last year, and mimicked his serving routine during the second round at Melbourne Park.

But Kyrgios tried to play down the feud with Nadal on Saturday, saying: "He has a winning record against me. Whatever happens between us, he's an amazing player, he's arguably the greatest of all time."

The pair, who will meet at Melbourne Park on Monday, last faced each other on grass at Wimbledon in July when Nadal won in four sets.

Women's matches on Saturday
In the women's matches, Wimbledon champion Simona Halep, produced an impressive display in her 6-1 6-4 win over Kazakhstan's Yulia Putintseva.

Dutch 9th seed Kiki Bertens reached the fourth round in Australia for the first time in her career with a 6-2 7-6 victory over Zarina Diyas of Kazakhstan.

Czech Karolina Pliskova, who won the Brisbane International in the build-up to the tournament, lost 7-6 (7-4) 7-6 (7-3) to Russian Anastasia Pavlyuchenkova.

"I was about 40 percent today of my game," said Pliskova, who was at a loss to explain her lack of form. "I don't know. I was just down."

Switzerland's Belinda Bencic, the sixth seed, won only one game against Estonia's Anett Kontaveit, the world number 31, as she bombed 6-0, 6-1.

And Spain's Garbine Muguruza, a two-time Major-winner, thrashed fifth seed Elina Svitolina from Ukraine, 6-1, 6-2 as six of the top 10 women's seeds exited in round three.

Croatian 19th seed Donna Vekic also crumbled to lower-ranked opposition when she lost 7-5, 6-3 to Poland's Iga Swiatek, who is returning from a stress fracture in her foot.

Arrest Any Chief Involved In Galamsey - NPP Communicator
6 minutes ago