Turkey hit by a deadly earthquake as death toll rises 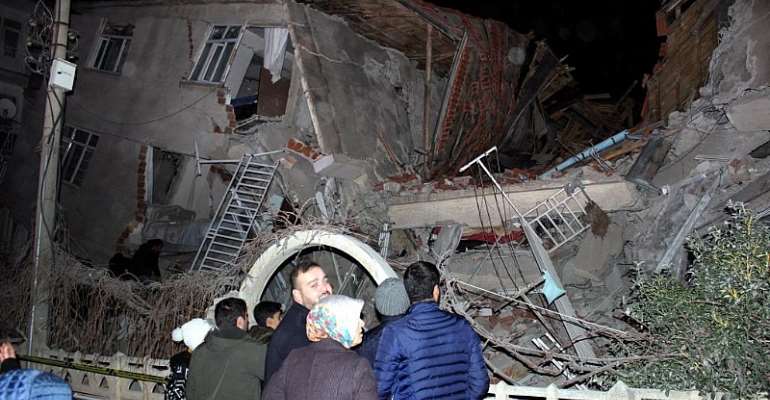 Rescuers scrambled to find people trapped in collapsed buildings on Saturday after a deadly 6.8 earthquake which killed at least 22 people in Elazig province in the east of the country.

According to Interior Minister Suleyman Soylu, 39 people have been pulled from the debris since the quake, but more are still trapped.

One woman was rescued after 13 hours and another was pulled out of the wreckage after 15 hours.

The earthquake hit Elazig province late Friday, and followed up with more than 390 aftershocks.

The national Disaster and Emergency Authority (AFAD) reported that some 18 people were killed in Elazig, while another four were killed in Malatya, a neighbouring region. A total of 1,031 were treated for injuries in hospitals throughout the region.

Health Minister Fahrettin Koca said 34 of the 121 people still being treated for injuries sustained in the quake are in intensive care, but not critical. Additional health care facilities will be set up if needed, he added.

Digging through the rubble at dawn
On state television, footage was broadcast of rescuers using shovels, diggers, drills and their hands to dig out a partially collapsed building at dawn. Another building, that appeared to be at least four storeys, was destroyed and on the ground.

Drones were also used in the search operations.

The workers have been looking for survivors throughout the night in -8C degrees weather.

"Our houses collapsed ... we cannot go inside them," one man told TRT state media in Sivrice, the epicenter of the quake.

The disaster struck at 21h00 local time.
"In our village some people lost their lives. I hope God will help us," a man, who gave his name as Sinasi, told the broadcaster.

"Our animals died. Our families gathered around the fire to spend the night, covered with blankets," he added.

State media in neighbouring Syria and Iran said that the earthquake was felt, while local media in Lebanon reported that Beirut and Tripoli also felt the seismic activity.

‘There Won’t Be Conflict After December Elections’ – Akufo-A...
42 minutes ago

Add Us To Bank Customers You Want To Settle – Menzgold Custo...
42 minutes ago