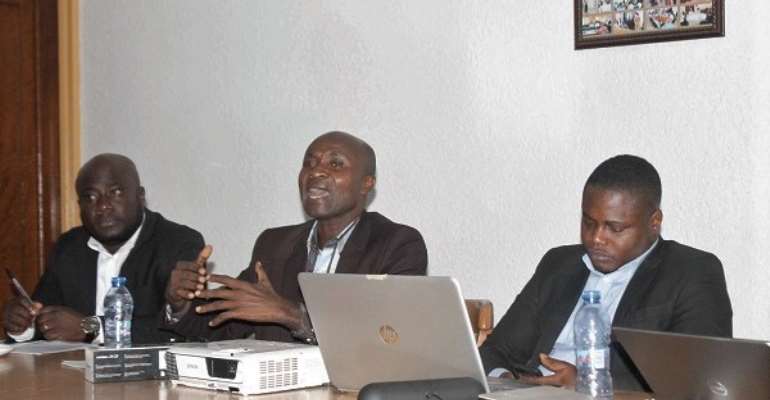 Ghana Audit Service is planning to introduce an electronic version of the assets declaration form for public service officers this year.

The platform, expected to be introduced by mid-May 2020, will ensure efficiency and the collation of detailed information of public officers.

The move will also give officers the opportunity to sit in the comfort of their homes and fill the form and submit without having to move physically to the offices of the Ghana Audit Service.

Benefits of digitisation
The Assistant Public Relations Officer of the service, Mr Bernard Conduah, said the digital platform would save the service from having to print out forms for more than 40,000 officials qualified under the exercise.

He was speaking to journalists at a sensitisation programme organised by the Ghana Anti-Corruption Coalition (GACC) to solicit support for the coalition’s move to reactivate the conversation of the assets declaration of public officials.

Public officials qualified
Mr Conduah said public officials who qualified to declare their assets were those at the level of directors earning salaries of GH¢4,592 and more as their net, as well as specific public officers who performed certain functions by virtue of their roles at their workplaces.

“It is your income that you use to acquire property, so we can estimate how much you can spend on an asset and so if you amass wealth and the state has to investigate, we can have a rough idea of what you can acquire from your savings over the period of four years irrespective of the variation of the salaries,” Mr Conduah explained.

“These category of officers perform specific roles or their work interface with funds and service provision.

“In the political class, there is the President, the Vice President, parliamentarians, ministers of state, ambassadors, high commissioners, chief executives, secretary to the President, security officers up to a certain rank with the exception of the Armed Forces. However, officers of the

Armed Forces seconded to civil institutions are also to declare their assets,” he explained.

He identified assets to be declared to include houses, vehicles, farms, lands, estates, fishing boats, ferries, business interests, bank balance, and jewelleries, among others.

Additionally, the declaration will cover liabilities such as bank loans and bank overdrafts.

Assets declaration
The Head of Programmes of the GACC, Mr Bright Sowu, said both the 1969 Constitution and the 1979 Armed Forces Revolutionary Council (AFRC) had provisions for assets declaration.

“The PNDC Law 280 was probably the strongest assets declaration regime, because, then you declared, your spouse declared and 14 days after the expiry date, the Auditor-General was given the mandate to punish,” he stated.

He was, however, not happy that although Article 286 Act 550 of the 1992 Constitution mentions declaration, it did not capture verification, monitoring, publication and sanction, describing it as a “watered down version of the PNDC Law 280.”

“All over the globe, the countries that have strong assets declaration programmes have verification, publication, monitoring and sanctions,” Mr Sowu said.