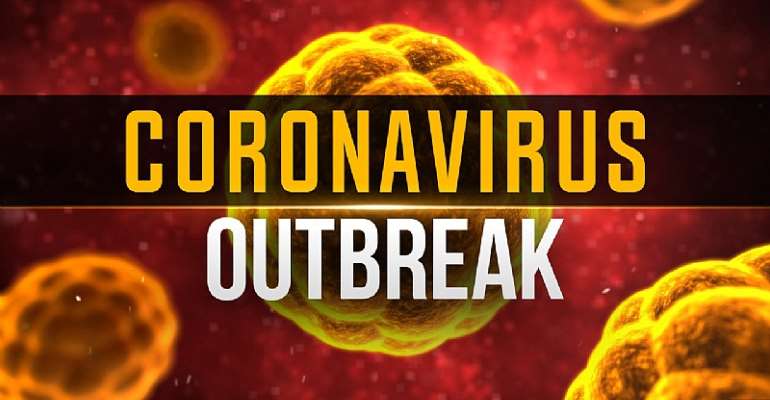 Ghana has stepped up its efforts to ensure citizens do not contract the coronavirus that has broken out in China and is now spreading faster.

While Ghana’s mission in China has advised Ghanaians planning to travel to the Asian country to consider postponing their trips if possible, the Ministry of Health (MoH) has also extended its surveillance exercise at the airport initially for travellers from China to now

Ghana’s Deputy Ambassador to China, Dr Charles Dwamena, in an interview, said the health alert advice had become necessary following the rise in the death toll of people who had contracted the disease, as well as the measures being taken by authorities in China as they moved to contain and eventually resolve the disease which was spreading.

Meanwhile, the Ghana Union of Traders Association (GUTA) says though the situation calls for concern and caution, it will not have an immediate impact on trading between Ghana and China.

The President of GUTA, Dr Joseph Obeng, in an interview with the Daily Graphic said: “Due to modernisation, importers of Chinese products often make their orders on the Internet and get them shipped to the port without them going to China because most of the major importers have long-standing relationships with the manufacturers.”

include everyone coming in from any part of the world.

Ghana’s Mission
In a telephone conversation, Dr Dwamena said given the fact that most people in many cities in China were being asked to stay indoors to avoid contracting the virus, it was better for Ghanaian travellers to the country to be on the safer side by suspending their trip until it was safe to visit.

“If you can, suspend your intended travel to China, please do so as a safe precautionary measure, however, if it is urgent that you visit China, then adhere to all the safety measures to ensure that you do not fall victim.

“Also, all Ghanaians in China are encouraged to comply with the directive to stay indoors so they can be safe from contracting the disease which is gradually becoming an epidemic,” he advised.

The Deputy Ambassador indicated that there were about 300 Ghanaians living in the city of Wuhan where the virus was first found but “so far, no Ghanaian has been reported to have contracted the virus.”

Twelve other cities close to Wuhan in central China's Hubei province have also been locked out.

Dr Obeng said trade between the two countries would not be affected as transactions were now conducted electronically, but admitted that some of their members could be affected as they had to travel to conduct business.

“There are some of our members who go to the malls in China to transact business but they are in the minority so definitely there could be some disruptions but that won’t be enough to have a major impact on trade,” he said.

He called on the Ministry of Health to immediately begin sensitising the public to the outbreak and also ensure that the entry points in the country, including the Tema Port were disinfected to prevent the virus from entering the country.

The GUTA President said the government had the obligation to ensure that personnel and equipment at these entry points were properly functioning to help screen people and goods entering the country from places where the virus had been detected.

“This is not the first time we have been confronted by such a thing, but like the Bird flu which also caused a lot of scare, if we are able to contain any detection then we can prevent it from entering the country so the government must ensure that screening at the ports was done more effectively in the coming days.”

MoH Alert
Meanwhile, the Ministry of Health last Tuesday issued a public alert on the outbreak of the virus that is airborne and transmitted from humans to humans.

According to the ministry, there would be increased surveillance at the borders and other entry points to ensure that the virus was not smuggled into the country.

The ministry is also setting up quarantine centres across the country to help contain the virus should it call on the country’s borders.

Virus impact
The Chinese authorities have already confirmed that as many as 26 people have died due to coronavirus and the total number of confirmed cases in the country has risen to 900.