The Price Of Being A False Minister 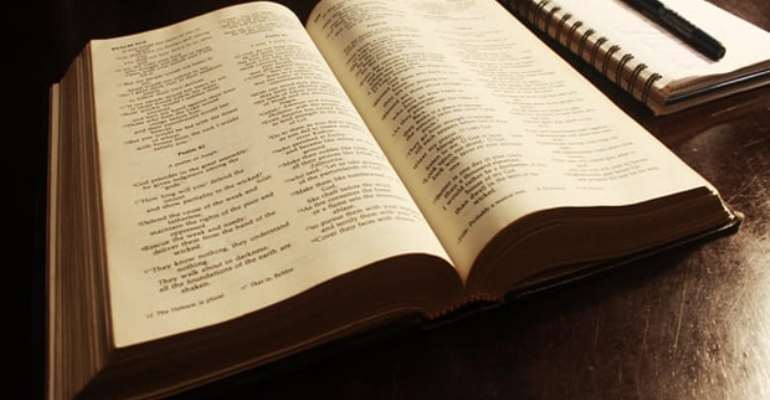 THE CHURCH of Jesus Christ is gifted with five-fold ministers. They are the apostles, prophets, evangelists, pastors and teachers. Each of them is unique and distinct. These are ministry offices the Lord Jesus Christ personally sets in His Church to equip or train the saints for the work of the ministry (Ephesians 4: 11).

Now, as Jesus Christ sets in His Church these servants to do His work, the devil also sends ministers he has captured and corrupted with the love of money and fame to counterfeit the activities of the true servants of Christ the Lord. Ministers of the devil may be described as conscious or unconscious enemies of the cross of Christ. Their main agenda is to dent the image of the Church, create disaffection for it and populate hell through their nefarious activities.

These present to us two main groups of ministers in the world today. In other words, there are true and false ministers shepherding churches. This is why the apostle Paul explained to the Corinthian church that, “For we are not, like so many, peddlers of God's word…” (2 Corinthians 2: 17). False ministers are many. They, particularly prophets, existed in both the Old and New Testaments.

And in these last days, false prophets and teachers are widespread as the Lord Jesus prophesied. “And many false prophets will arise and lead many astray. And because lawlessness will be increased, the love of many will grow cold. But the one who endures to the end will be saved” (Matthew 24: 11- 13).

The evil activities of false prophets and teachers including distorting scriptures, creating divisions among believers, giving false prophecies, swindling people and uttering blasphemies create serious disaffection for unbelievers and immature believers to commit to the gospel of Jesus Christ for them to be saved. Instead of loving God, these immature believers are often influenced to doubt the existence of God.

But there is a severe punishment for being a false minister; true servants of God are often sent to rebuke false prophets and warn believers to be cautious of them. Yes, God angrily speaks against all false apostles, prophets, evangelists, pastors and teachers who counterfeit the genuine work of His ministers. In Jeremiah 23, it is written, “…I am against the prophets…Behold, I am against those who prophesy lying dreams, declares the LORD, and who tell them and lead my people astray by their lies and recklessness, when I did not send them or charge them.”

In Ezekiel 13, God calls false prophets foolish people and jackals for following their own spirit, and see false visions and lying divination. And in Ezekiel 34, God rebuked pastors who accumulated wealth for themselves without providing the spiritual and physical needs of the poor; He saw them as being greedy and irresponsible.

Knowing how dangerously false prophets and teachers threaten the purity of the gospel, the apostle Peter described them in very strong words. He wrote, “But false prophets also arose among the people, just as there will be false teachers among you…And in their greed, they will exploit you with false words.

But these irrational animals, creatures of instinct, born to be caught and destroyed, blaspheming about matters of which they are ignorant, will also be destroyed in their destruction, suffering wrong as the wage for their wrongdoing…They have eyes full of adultery, insatiable for sin. They entice unsteady souls. They have hearts trained in greed. Accursed children! Forsaking the right way, they have gone astray.

They have followed the way of Balaam, the son of Beor, who loved gain from wrongdoing, but was rebuked for his own transgression; a speechless donkey spoke with human voice and restrained the prophet's madness. These are waterless springs and mists driven by a storm. For them the gloom of utter darkness has been reserved” (2 Peter 2: 1- 17). These are the words of Peter to false ministers.

Similarly, Jude also rebukes false prophets and teachers describing them as ungodly people, waterless clouds, fruitless trees, malcontents and grumblers, who pervert the grace of our God into sensuality and deny our only Master and Lord, Jesus Christ. Other passages of Scripture say false ministers do not have God; they understand nothing and so they should be exposed and rebuked.

Today, many people think false ministers are happy people as they display and boast about their mansions, cars, planes and other worldly goods. But deep down their hearts, these ministers have no peace and hope. Their hearts are filled with the fear of suffering eternal damnation. Yes, false ministers are destined for eternal destruction; their ill-gotten wealth cannot save them.

However, there is joy, peace and hope in the heart of a true pastor, who waits for the revelation of Christ on the last day. With this hope, he learns to be loyal to Christ Jesus, and be content with the supplies God makes available to him without boasting about them. He resists the temptation to greedily chase after riches like Balaam, Gehazi and Judas Iscariot, who loved money and suffered for it.

Bishop Dag apologises to Otumfuo over 'offensive' sermon
2 minutes ago

There's power in a father's encouragement – Pastor Otabil
2 minutes ago