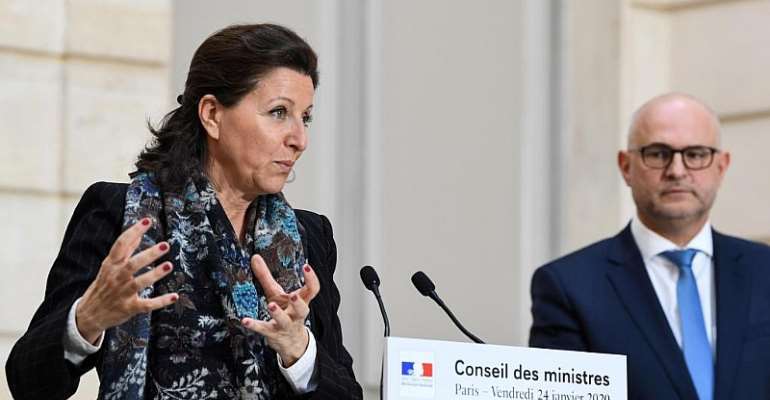 Three cases of the novel coronavirus have been confirmed in France, according to the health ministry on Friday, the first recorded in Europe since the outbreak began in the Chinese city of Wuhan last month. This comes as the death toll surges past 40.

The three people concerned had travelled to China and were now hospitalized in Paris and Bordeaux under special isolation conditions.

In Bordeaux, "the patient is 48 years old. He just returned from China, where he had spent time in Wuhan," explained the French health minister Agnès Buzyn.

"He came to see health authorities with symptoms on Thursday. He is now hospitalized in his home city of Bordeaux in an isolated room. He is doing well. He's been in contact with a dozen people since his return from China."

"We have the first cases in Europe probably because we have up to date testing systems and we can identify patients quickly," said the minister, estimating an incubation time of between two and twelve days.

Monitor breathing and temperature
"We must treat an epidemic as you would a fire, that is to say find the source of it very quickly and stop it as quickly as possible."

"For people travelling back from China, it's important to keep an eye on any changes to respiratory conditions and monitor one's temperature several times a day."

'If you are worried, don't go to the emergency ward," she warned, "but instead call 15 (France's emergency hotline) and wait for them to come and collect the patient."

In Paris, the two other confirmed patients are hospitalized in Bichat hospital, but no further details have been given about their condition.

The announcement came as the death toll jumped to 41 and the number of cases reached almost 1,300.

Travel bans have been put in place in central Hubei province, affecting some 56 million people, many of whom were preparing to travel for the Chinese New Year celebrations due to take place this weekend.

French expats to evacuate by bus
The French foreign minister's office issued a statement saying that a bus service would be set up to allow French expats and their families to leave Wuhan in the coming days if they wished to do so.

China has also ordered nationwide measures to identify and immediately isolate suspected cases of the deadly virus on trains, aeroplanes and buses and follow up with disinfection procedures.

Inspection stations will be set up and passengers with suspected pneumonia must be "immediately transported" to a medical centre, the National Health Commission said in a statement.

The previously unknown 2019 Novel Coronavirus (2019-nCoV) has caused global concern because of its similarity to SARS (Severe Acute Respiratory Syndrome), which killed hundreds across mainland China and Hong Kong in 2002-2003 and spread to a number of other countries.