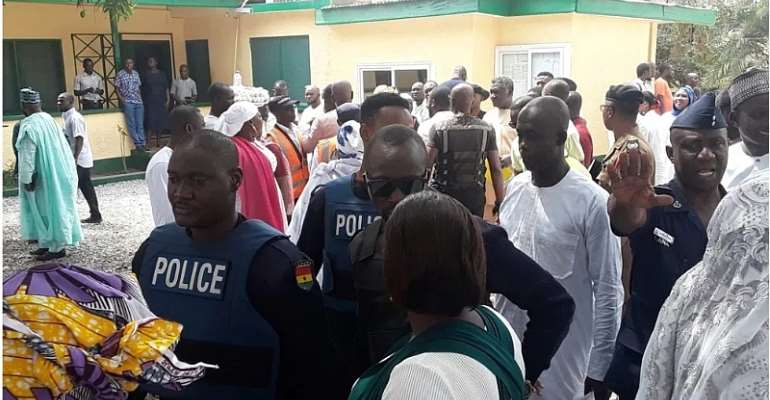 The Ayawaso East Municipal Assembly (AEMA) has suspended the swearing-in of the eleven (11) newly elected Assembly Members at the just ended District Level elections in December 2019 over a protest against the number of government appointees.

The inaugural ceremony on Thursday, 23rd January was distributed by some elected members and their supporters believed to be members of the opposition NDC who fiercely resisted the swearing-in of six other members as government representatives at the assembly.

The Minister of Environment, Science and Innovative, Prof. Frimpong Boateng who was presenting President Akuffo-Addo had to leave after over 2hours of waiting as attempts by Chiefs and Opinion Leaders to settle the issue proved futile.

The aggrieved members argued Section 5 of the Local Government Act Of 1993 (Act 462) clearly states the appointment of 3.5 (approximately 4) and not 6.

According to Municipal Coordinating Director of the Ayawaso East Municipal Assembly, Nii-Armah Ashitey explained the formula used to calculate the 30 percent Government appointees at the assembly was 30 percent divided by 70 multiplied by the total number of the assembly membership.

On the way forward, Nii-Armah Ashitey said the Assembly will write formally to the Regional Coordinating Council.

However, the protesters vowed to resist any attempts by the Assembly to have the six members sworn-in as government representatives.

He added they will consulting their lawyers for the next necessary line of action. 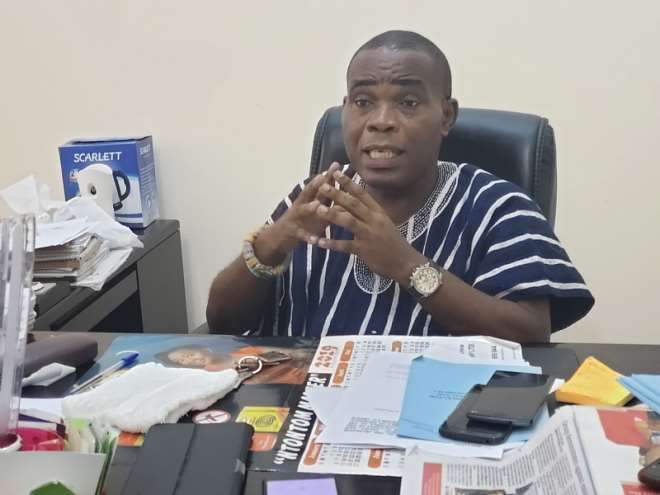