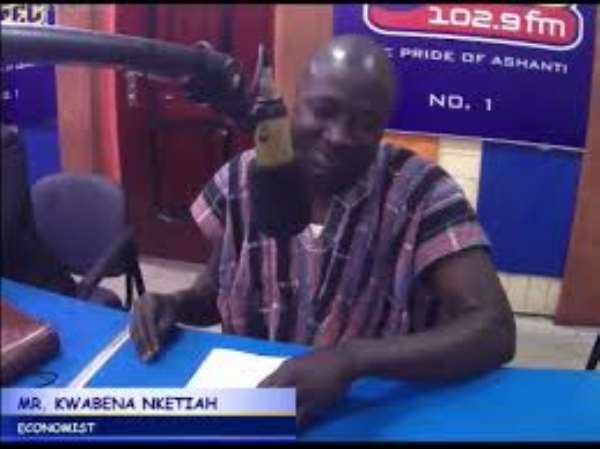 An Economist, Kwabena Nketia, has appealed to the Kumasi Traditional Council (KTC) to take over the decongestion exercises in Kumasi to avoid its partisan nature that has failed, to ensure discipline and good environmental sanitation in the city and among the public.

He said successive governments have failed in their bids to decongest the city by instilling discipline and clearing traders from unauthorized places in the city which have made the city “choked”, a situation he attributed to the governments’ fright of losing votes during elections.

He said the chiefs, who represent the Asantehene, Otumfuo Osei Tutu II, are most revered among the people in the city and it will be difficult for any individual to go contrary to any directive announced by the council.

Mr. Nketia, who is also a senior tutor at the Kumasi Anglican Senior High School, made the appealed on Otec FM’ morning show ‘Nyansapo’, hosted by Captain Koda on Friday, January 24, 2020.

His appeal came in the wake of Chief of Bantama, Baffour Owusu Amankwatia VI, comment during the inauguration of the Kumasi Metropolitan Assembly (KMA) on Thursday, that the assembly has failed to ensure discipline in the city.

“The chiefs should take over the congestion exercise in the city from the city authorities who have no political will to clear the people from the streets for the fear of losing votes during elections. Any directives from Manhyia Palace, the seat of Asantehene, will be adhered by all,” he said.

“If we want the city to be clean from filth and placing of structures at unauthorized joints, the chiefs, as custodians of the land, should take the lead to congest the city for Kumasi to reclaim its past glory of ‘Garden City of West Africa”, he added.