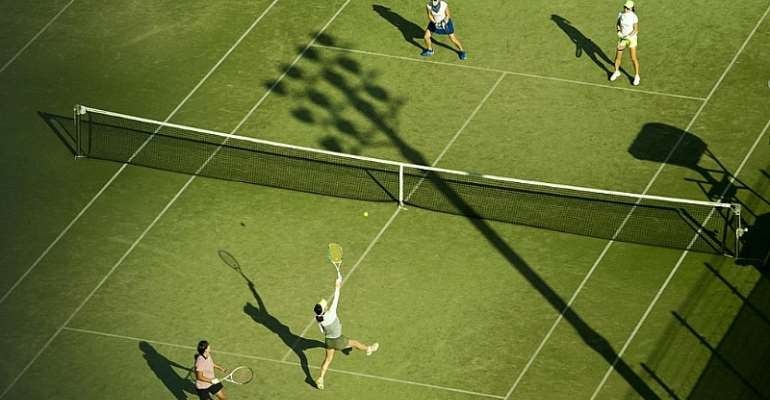 Prosecutors at a court in Paris have called for a 15-year sentence for a former tennis coach accused of raping four of his students, all minors at the time. The case comes as senators call on the government to better protect children from sexual predators.

Andrew Geddes, 53, a former tennis coach, is accused of repeatedly raping and sexually assaulting four girls between 1999 and 2005. The youngest was only 12 years old at the time, the others were between 15 and 17.

“He was God, he was a guru,” France's avocate-générale (top legal adviser) told the Assize Court in Nanterre on Friday on the last day of the trial. “He gradually sucked these young tennis players in.”

Details from trial
During the trial, the four women told how they had been under the influence of the “charismatic” trainer who “isolated them”; how he alternated between humiliation and compliments to undermine their confidence.

Some civil parties described how sexual intercourse took place in Geddes' car or in the club house toilets, and was sometimes filmed.

The former trainer at Sarcelles tennis club admitted to having had romantic relationships with each of them, and recognised “slippages” because of the age difference but denied rape and believed they were consenting.

“At the time, due to my immaturity, blinded by my need for recognition, I was incapable of recognising non-consent,” he told the court.

“What freedom can a girl of 12,15 or 17 have faced with a man 20 or 30 years older than her?” the avocate générale retorted. “The first victims of sexual abuse are children. Why? Because they do what is asked of them.”

A preliminary enquiry for “rape of a minor” was recently opened against French writer Gabriel Matzneff, now 83, after publisher Vanessa Springora accused him of raping her in her recently-published book Le Consentement (Consent).

Springora was under 14 at the time. Matzneff has never denied they had a sexual relationship but maintained they were in love.

On Friday, members of the cross-party women's rights delegation in the Senate called on the government to “change the penal code in order to better protect young minors from sexual predators”.

In an open letter to the Minister of Justice, Secretary of State for gender equality and minister for child protection, the signatories said it was time to open up a parliamentary debate on the age of consent.

The law of 3 August 2018 which reinforced measures to tackle sexual violence "had not resolved question", the said.

Despite a push by some MPs to fix an age of consent, lawmakers voted against setting at 15 the minimum age at which a minor cannot consent to a sexual relationship with an adult.

As a result, France still has no law establishing a legal age of sexual consent.

"Should the age limit be 13, 14 or 15? ask the signatories to the letter. "Let's put our trust in parliament, and parliamentary debate, to decide."