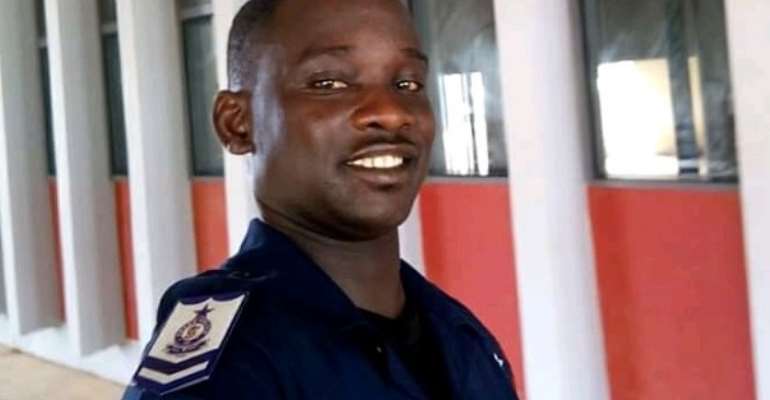 The owner of Zen fuel station at Mankessim who is suspected to have shot and killed a police officer has been remanded into police custody after a court appearance.

The suspect, Isaac Eshun, whose station had been robbed on the day of the killing, is expected to reappear before the Cape Coast District Magistrate Court on February 7, 2020.

According to police, he was picked up over suspicion that cartridges retrieved from the crime scene were fired from a shotgun and pistol belonging to Mr. Eshun.

A second accused person, Benjamin Eshun who is the driver of the Isaac Eshun, was also remanded into Police custody to reappear on the same date.

Lawyer for the accused persons, Daniel Arthur, told Citi News he will pursue bail options for his client.

Mr. Arthur also expressed disappointment that his client was the first suspect in the murder, given his fuel station had been robbed on the day of the incident.

“It is quite unfortunate that somebody who has been robbed now will be accused of murder. But in any case, we will corporate with the police and ensure his liberty will not be trampled upon.”

Karen Hammond, the wife of Isaac Eshun, remained confident her husband would be found innocent of the accusations against him.

According to her, her husband was at home at the time the killing is believed to have occurred.

The officer, who was not on duty, was found with gunshot wounds at about 200 meters away from a nearby crime scene.

Police had officially cited the robbers who robbed Mr. Eshun's fuel station as the main suspects in the case.

The police announced a GHS10,000 reward for information leading to the arrest of suspected robbers.