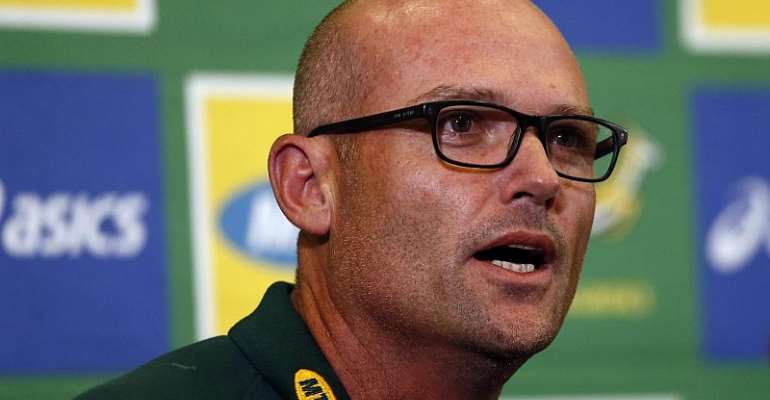 South Africa's rugby union bosses on Friday appointed Jacques Nienaber as the new head coach of the men's national team. The 47-year-old replaces Rassie Erasmus who led the squad to victory at the 2019 World Cup.

"Jacques is highly experienced and has worked with the Springboks on three separate occasions now so knows exactly what the job is about," said Erasmus in a statement.

Nienaber, a former physiotherapist, began working with the squad as a conditioning coach. He was coach of the defence at the World Cup and was credited for much of the Springboks' tactical successes in the final in Yokohama.

"This is a massive honour and responsibility," said Nienaber. "But I think I have a good understanding of what it entails, especially in this new structure."

Continuity
Erasmus will remain involved with the squad as director of rugby, a role in which he will also oversee the national women's teams.

"By appointing a head coach now, it will free me up to think a little bit more strategically," Erasmus said.

"I will be there in the coaches box with him during matches. I will be accountable if the Springboks don't win."

South Africa walloped England 32-12 in the final in Yokohama to hoist the Webb Ellis trophy for a record equalling third time.

"We've built up a good culture over the past two years and we'll simply be looking to extend that," said Nienaber.

Nienaber's first Test in charge, and the Springboks' first as reigning world champions, will come against Scotland on 4 July in South Africa.