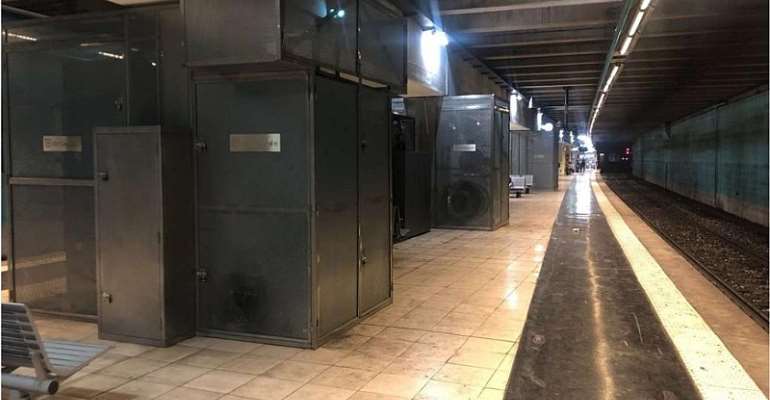 An Indian company has emerged as the only one from Asia to have its large-volume air-purification technology implemented and validated by SNCF in face of stiff competition from other world-leading players from France, Germany, Spain, and other nations.

Out of a wide variety of air-purification technologies screened and evaluated from all over the world by SNCF, Delhi-based Amida Cleantech's technology emerged among the top five to be deployed for testing at SNCF stations across France.

The home-grown air-purification solution, that took three years to develop, is now undergoing evaluation for large scale deployment. Some 50 stations are planned in the first phase, to be scaled up to 300 later.

The "Make in India" drive
“The technology, fully developed in India, is patented and our proprietary knowledge asset. This is an example of the success of the 'Make in India' program. For citizens of India, it provides a local solution against PM 2.5 pollution in public spaces,” Siddharth Dixit, the managing director and CEO told RFI.

'Make in India', is a homegrown movement covering 25 sectors of the Indian economy that was launched by the Indian government in September 2014 to encourage companies to manufacture their products in India and enthuse them with dedicated investments into manufacturing.

Officials at the company said the technology synchronizes nature´s properties to create a unique synergy where the air becomes its own filter. It uses principles of advanced ionic science to break down the air molecules and eliminate pollutants.

Aims for carbon neutrality
“After our success in Paris and establishing operating parameter benchmarking, we intend to launch this unique large-volume air-purification technology in India and the EU this year,” Praful R Naik, Chief Technology Officer told RFI.

“Our technology can help achieve carbon neutrality by enabling facilities to mitigate their carbon footprint and assist the India initiative in meeting the benchmarks of the Paris agreement on atmospheric pollution and global warming,” he added.

Two years back, French President Emmanuel Macron promised to reform the SNCF, a move that in the past sparked fierce protests and forced previous governments to backtrack.