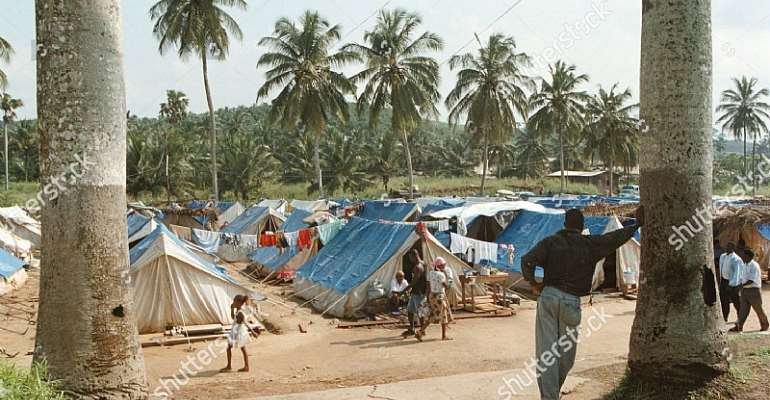 I vividly recalled, about fifteen years plus when the then President of the Republic of Ghana John Ajekum Koffur, said and I quote” GHANAIAN’S ARE PRETENDING TO WORK WHILES THE GOVERNMENT UNDER HIS LEADERSHIP PRETEND TO PAY THEM”!

This statement, by the former Ghanaian State men has millions of implications after carefully dissecting and analyzing it that even today is still ringing bells in my mind as I sit within the political governance of Liberia!

Accordingly, the Ghanaian State men indicated that despite these professional Ghanaian placed in society with the anticipation of productivities in moving the Nation forward yet these experts failed to meet up with their productivity demands!

These scenarios are what, I have carefully been observing since I got back to the Motherland Liberia about a decade-plus now with my Journalistic lenses within all spectrum’s of the professional sectors within the governmental arenas of Liberia!

From a professional outlook, my research has and continues to shows ineptitude on the parts of so-called professionals occupying these sensitive areas of governance thus making productivities’ to be non-existence despite all of those available needed materials for the smooth operations of their various sectors of work!

If, the statement alluded to Ghanaians can be ascribed to Liberians from the context of how Ghanaians were being interested in the portfolios and not matching their so-called educations up to productivity.

One can deduce that since the Nation (Liberia) returns to civility two decades plus now an avalanche of professionals Liberians has been placed on the front bench to help liberty this Nation from her state of abject poverty into a nation that can better give back to her citizenry in term of her rich mineral’s deposit!

As information relevant to today’s realities existing on the ground in Liberia of which it is said that Liberia’s problem is not education because she can boast of well-learned professionals who rubbed shoulders with other professionals around the world! If this analysis, is something to go by why is it that productivity is lacking in almost all farces of the Liberian society despite all of the so-called educated elites in this war-torn Nation?

My survey, conducted in many government entities clearly shows that in most cases Liberians are interested in the positions (TITLES) that they can’t ever defend rather than occupying these positions to make productivity priorities that the Country stands in need of since 1847!

The realities which hit me, during my research had to do with the fact that in one given office positions are created with the same functions despite the previous one that was there to supervise activities again creating anarchy leaving heavy financial loses to said entity due to its big salaries for these created positions which are not relevant for a country such as Liberia!

Surprisingly, university graduates just entering into the workforce without any experiences are place over experience people in most cases in the government sectors and giving big salaries rather than the merit systems which characterized every professional enclave! Again, “THIS IS NOT LIBERIANS PRETENDING TO WORK AND GOVERNMENT PRETENDING TO PAY THEM AT THE DETRIMENT OF THE POVERTY STRICKEN MASSES”?

Frankly speaking, Liberians professionals who often boast of earning degrees in various disciplines with evidences been the placement of their degrees on the walls of their offices to confused or intimidate would be visitors or employers need to come to the realization that hiring them was based on PRODUCTIVITY and not TITLES as has been the cases in contemporary Liberia today!

In today's Liberia, the pretend of working has deeply worsened the already deprived state of survival of the Liberians economic that almost all of her so-called educated elites are largely depended on for their survival! As was said by one of the justices in Ghana the attitudes of government functionaries have become an albatross on the neck of the justice system so are the ways and manner in which Liberians have concluded to treat the Nation they claimed is their nation of nativity but yet is a hustles ground!

From where I sit and looking in the brighter future of Liberians/Liberia all that are require includes the merit system to be allow to function in all sectors of the working systems of the government, people must be thoroughly vetted for any position, stop the creations of already existing positions to accommodate anyone and allow experience people with the recursive qualifications to be properly place for better productivity of a nation that is left behind despite her age gap within Sub-Saharan Africa considered the less develop!

#FixTheCountry campaign goes international with over 500,000...
39 minutes ago