The challenges of French jihadism are "ahead of us, not behind" says French author 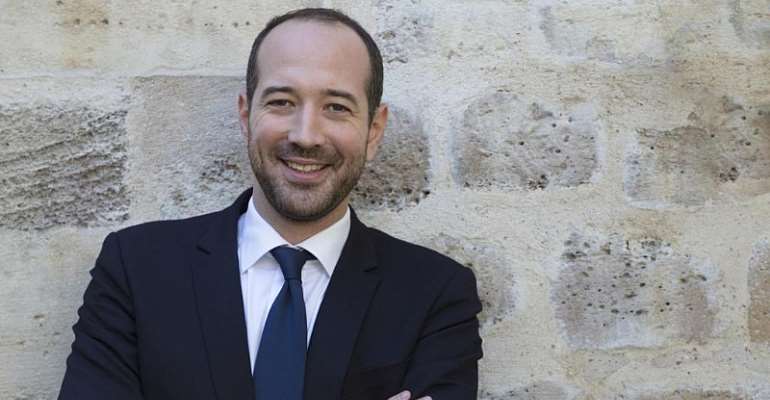 Since the fall of the self-proclaimed caliphate in Syria and Iraq in October 2019, the threat of mass terror attacks has waned. But a new book shows home-grown French jihadists still pose a threat as they seek to reconfigure themselves and their ideology within prison.

France is not the only European country to have suffered terror attacks in recent years, but with 255 victims since 2015 it's been the hardest hit. France is also Europe's biggest “exporter” of jihadist fighters. To understand the phenomenon researcher Hugo Micheron spent five years doing fieldwork in France and Syria, interviewing convicted and suspected jihadists. In his new book Jihadisme français he calls for a reality check: “we need to stop denying the reality and we need to stop being hysterical”.

This interview, made for the Spotlight on France podcast, has been edited for clarity.

RFI: 2,000 jihadists left France to join the Islamic State armed group (Isis) between 2012 and 2018: that's 40 percent of the total number from Europe. How did jihadist ideology get a foothold here in France in the first place?

HM: There are 10 to 15 cities in France that are particularly concerned when it comes to French jihadism and I explain that through the historical implementation of networks of jihadist and Islamist militants in the 1990s such as the GIA [Armed Islamic Group in Algeria]. After the civil war ended, some Algerian jihadists who were released from jail settled in France and Belgium where they continued their activism. There were also other movements such as jihadists from Afghanistan.

They settled here, did basic religious militancy, door-to-door preaching, set up non-profit organisations, built up schools and structured their movements on the ground. That's the thing I insist on in the book: that if we want to understand Salafism and jihadism in Europe we have to focus on territory because they project their power through territory.

Sometimes it takes the form of small cells. Toulouse, in south-west France, is the most typical city for understanding European jihadism. When they started in the early 2000's there were 10 of them, organised around the Klein brothers. But after 10 or 12 years of activism there were 300. All the French “Toulousains” who joined Isis are from those circles. Mohamed Merah, the guy who attacked a Jewish school and French soldier in the south of France in 2012, also came from that circle.

RFI: You say in the book that the jihadist ideology took hold in places like Roubaix, Trappes near Paris, or indeed Toulouse. Was it necessarily in very poor, underprivileged areas?

HM: They target mainly towns where the social and economic background is terrible, but not only. For example the town of Lunel, in the south of France, is a modest French middle class town but 25 of its inhabitants joined Isis, out of a population of 25,000. In Marseille, where you have a lot of discrimination and social marginalisation in the northern neighbourhood, not one of its 300,000 mostly-Muslim inhabitants left to join Isis. So you cannot explain jihadism only by socio-economic factors, there is also a religious explanation. You need to combine both approaches otherwise you miss everything.

The second thing we have to look at is territories. There's a perception of Salafism as an ideology that you cannot grasp, but it's not true. The definition of Salafism and jihadism is a territory. All the French that I've met in prison are telling me 'we're trying to organise a space, a territory', which is what they strived to do in Syria and Iraq. What they've projected in France or in prison over the past two decades is the same but on a bigger scale.

RFI: For your book you interviewed around 80 returnee jihadists in French prisons, some convicted and some awaiting trial. One young guy tells you how he's “blossomed intellectually and ideologically in prison, just like Mandela, Che Guevara, Marx…” You describe prison as a kind of ENA for jihad (elite jihad university). That's problematic isn't it?

HM: What's problematic is that we didn't understand these kind of dynamics earlier, even though they were happening in the early 2000s as well. Prison isn't a citadel or fortress where you're protected from everything that's happening in the rest of society. And in that respect I believe we've been reproducing some theoretical mistakes especially because of the inheritance of a major French intellectual, Michel Foucault. In a 1975 book called Surveiller et Punir (Monitor and punish) he basically presents prison as a fortress where relations are vertical, where wardens have power over detainees. When you go to French jail, and especially when you're looking at the jihadist dynamic inside it, you understand that we're very far from this.

Most of them have cell phones so they are connected with their environment outside prison. They also reproduce a certain hierarchy which they used to conform to in Syria and Iraq. So you've got all these Middle East dynamics that are reintroduced behind bars. It makes you understand that prison isn't a dead end, it's a place where jihadism is reconfiguring itself, especially in the post-Isis era.

RFI: France launched a number of de-radicalisation programmes in prisons in the wake of the 2015 Charlie Hebdo terror attacks. You cite one where returning jihadists were encouraged to stroke animals, such as ferrets, in sessions with psychologists. But from what some of the men told you the last thing they were looking for was to be de-radicalised.

HM: The thing with radicalisation is that we didn't take their involvement in an ideology, an Islamist group, seriously enough. For a convinced jihadist, which most of them are, there is no more reason to get de-radicalised than there is for your average citizen to take up jihadism. Prison for them is just a step, a step sometimes in a jihadist career. They say this themselves.

Another thing which is very important is that the prison administration in France is the poor kid of the French State: they don't have that much financial support, there's terrible overcrowding. You put 300-plus jihadists into French jails at the worst moment.

RFI: In 2015/16, France had a policy of grouping jihadists together in “dedicated units” inside prisons. Was that a major error of judgement on the part of the French authorities?

HM: Yes, because we didn't anticipate all of these dynamics and we could have. The thing is the French administration was hesitating. They have two instruments in their hands: either you gather the jihadists altogether in order to cut them off from the rest of the detainees and stop the ideology spreading, or you disperse the jihadists all across the prison system so they're not able to gather and get organised. You can do that when they don't represent a big share of the prison population. But because of the massive number of returnees from Syria and Iraq we started to have big groups organising themselves in French jails, and it took time for penitentiary institutions to understand what was happening.

RFI: Why was that?
They approached it like they would other terror groups such as Corsican independence [fighters] or Basque independence. They made no distinction between them and the jihadists. That was completely wrong. We didn't try to understand why the jihadists were targeting this aspect of French society, carrying out attacks.

RFI: What are jihadists attacking in French society? Why has France become the focus of so much terror?

HM: French jihadists are French and sometimes they are “super-French”. As one of them told me, they perceive France as “the idea factory of the western world”. France is the enemy which embodies the ideas of the West the best. He says 'there's a Christian country just like Brazil or Argentina and we don't pay attention to them, there's a liberal country like Sweden and we don't pay attention to them. But France is a symbol, an enemy, and if you are able to push it into a civil war, if you're able to make France lose its strength, its social contract, then you will have an open door to a victory in Europe”.

So they are 'super-French' in the way they still see France as the lighthouse of the Western world…which is something that we like to see in ourselves!

RFI: So they want to undermine France's liberty, equality, fraternity values, the vivre ensemble idea of living together?

HM: Yes, and we have to also understand that jihadism is an ideological war and these guys are ideologues to a certain extent. They understand the importance of ideas, and therefore they perceive the republican ideas of France as totally opposed to their communalist approach.

RFI: Where do you see things going from here?

HM: What is obvious is that Isis has been defeated in the Middle East, they lost their so-called 'caliphate', their territory. There are still cells but when it comes to the organisation, it's over.

But all the French jihadists I met in prison have understood that they need to reconfigure themselves, to rebuild and to reach a new acme. So they go back to their former militancy which is basically to reinvest in neighbourhoods, go under the radar, don't plan attacks or at least not on a big scale. They basically want to subvert the French State. They understood it was stronger than them, that there were 2,000 of them, a record number, but still it wasn't enough to destabilise France over the long term. So they want to enlarge their circles. We have to pay attention to that because it's not a security issue, it's a political and intellectual issue.

We have to work on this for another decade at least. The challenges are ahead of us, not behind us. We're in year five in the process of thinking about that issue so I'm confident in the way we're able as a society to respond to it. But we need to stop denying the reality and we need to stop being hysterical over that issue because that's also very useful to them.