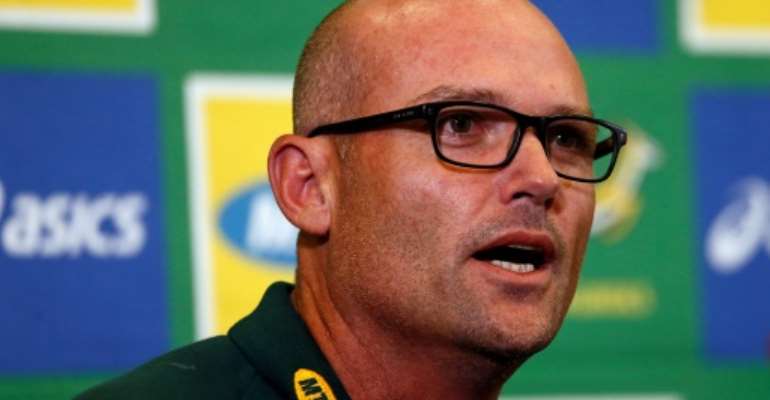 "Jacques is highly experienced and has worked with the Springboks on three separate occasions now so knows exactly what the job is about," said Erasmus in a statement.

While he has never played top-class rugby or coached any senior team, Nienaber played a crucial role as defence coach when the Springboks won the World Cup a record-equalling third time in November, beating England 32-12 in the final.

Starting out as a conditioning coach, the 47-year-old defence is credited for much of the Springboks' tactical successes in the final in Yokohama.

"This is a massive honour and responsibility, but I think I have a good understanding of what it entails, especially in this new structure," said Nienaber said.

The former physiotherapist had been punted as favourite to take over since the Erasmus announced in October that he was stepping down from his role which began in 2018.

Erasmus will concentrate on his South African director of rugby role, which places him in charge of all national male and female teams.

"By appointing a head coach now, it will free up myself to think a little bit more strategic," Erasmus said, adding that he would still be a part of the management team.

"I will be there in the coaches box with him. I will be accountable if the Springboks don't win."

Having spent the last two years as part of the backroom staff of the world champions, Nienaber on Friday said he will be looking to extend the Boks' good recent record.

"We've built up a good culture over the past two years and we'll simply be looking to extend that," said Nienaber. 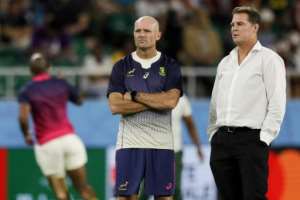 Jacques Nienaber (left) was confirmed on Friday as new South Africa head coach, taking over from Rassie Erasmus (right) who remains as director of rugby. By Adrian DENNIS (AFP/File)

Erasmus has made no secret of his admiration for Nienaber whom he has worked with for almost two decades.

"From physiotherapist to Springboks head coach -- what a story," Erasmus recently told AFP.

Their first encounter was when they were in the defence force in Bloemfontein and both were involved in Free State rugby in the mid to late 1990s.

When Erasmus became coach of the Free State Cheetahs, he appointed Nienaber as strength and conditioning coach, with the latter later shifting his focus to the team's defensive structures.

He followed Erasmus to the Stormers and also to Munster in Ireland, before starting at the Springboks in 2018.

Nienaber said after all the years of working together, the main thing remains continuity.

"Continuity will help to drive the strategic goals we had when we came over in 2018," he said.

Nienaber's first Test in charge, and the Springboks' first as reigning world champions, will come against Scotland on July 4 in South Africa.