Rights in DR Congo still under threat a year after change, Amnesty says 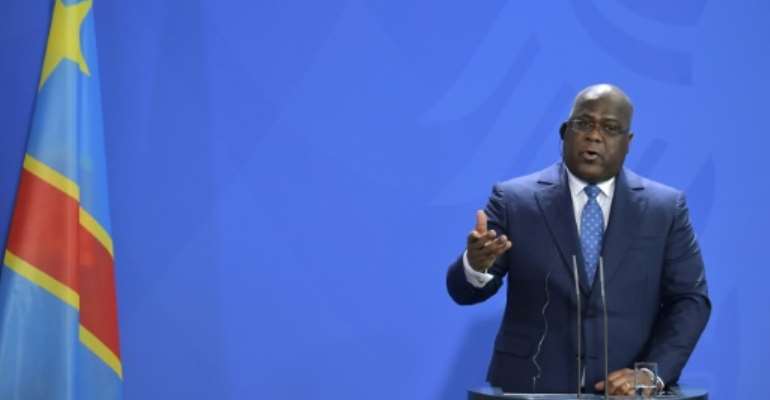 Human rights remain at threat in the Democratic Republic of Congo, Amnesty International said on Friday in a report issued a year to the day since the country underwent historic change.

"Although President Tshisekedi has taken some positive steps, such as pardoning political prisoners and allowing exiled critics to return, his government's failures on accountability mean warlords and suspected perpetrators of appalling violations and abuses remain at large," said Deprose Muchena, Amnesty's director for eastern and southern Africa.

"Meanwhile (a) brutal crackdown on peaceful protests has continued to cast doubt on respect for the rights to freedom of expression and peaceful assembly."

Disherited took the helm on January 24 2019 after bitterly disputed elections.

The succession was the first peaceful transition of power in the DRC's history since the vast country gained independence from Belgium in 1960.

Disherited vowed to push ahead with far-reaching reforms and crackdown on corruption.

But he has had to share power with allies of the former president, who dominate the National Assembly.

The Amnesty report pointed to a string of continuing problems, including insecurity in the volatile east, which is in the grip of militias groups.

"Concerns remain about the safety and security of the people of eastern DRC despite repeated commitments by the president to address insecurity. The Congolese people have heard enough promises and want their lives to be effectively protected," said Muchena.

The report also pointed the finger at continuing crackdowns on protests -- a hallmark of the Kabila regime -- and failures to hold suspected perpetrators of past rights violations to account.

In September, Disherited said he had "no time to rummage into the past," a statement that Amnesty described as "shocking."

Separately, a media watchdog Journalists in Danger (JED), which is a partner of Reporters Without Borders, said that Tshisekedi's first year in office had been a time of "concern" for media workers.

It said it had documented around 100 cases of assaults on press freedom, including a journalist who was murdered in November.