75 years on, France remembers its role in genocide through the Vichy regime 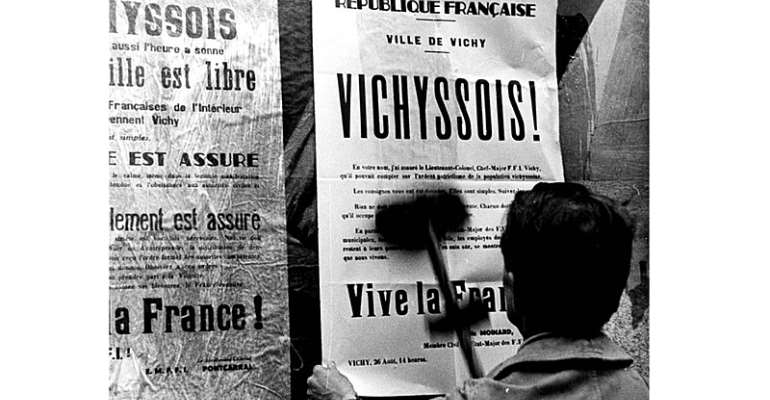 The concentration camps were part of the Third Reich's "Final Solution" for preserving the racial integrity of the so-called Aryan master race as Nazi Germany expanded across the European continent.

Nazi forces arrested Jews, Romas, homosexuals, the mentally challenged and political opponents in the countries they took over.

In the end, over 10 million people were killed, including 6 million Jews.

In France alone, over 230,000 people died from German-led reprisals and persecution, including deportation to the death camps.

At the time, General Charles de Gaulle was in London, while the man on the ground, Marshal Henri Philippe Pétain signed the deal with Hitler cutting France into two zones: occupied and 'free'.

Pétain's new government then regrouped in the central spa city of Vichy.

Vichy comes to power
The Vichy regime, came to power on July 10th, 1940 with “an extreme right programme called the 'National Revolution',” says Tal Bruttmann, a Holocaust researcher currently at the School of Advanced Studies in the Social Sciences (EHESS) in Paris.

The previous day, at Vichy's opera house, parliament voted 569 to 80 to dissolve the Third Republic.

That meant the constitution was abandoned, the French Republic erased and the new head of state was the 84 year-old Pétain who would steer this new France towards the ideals of travail, famille, patrie (work, family, fatherland), replacing the Republic's motto of liberté, égalité, fraternité (freedom, equality and fraternity).

Pétain saw himself as helping his country that remained traumatised from World War I, by proclaiming “France is a wounded child. I hold her in my arms.”

This programme was based on ideas of Charles Maurras, the mastermind behind the political movement called Action Française - “an extreme right Catholic movement, which was important in the beginning of the 20th century,” according to Bruttmann.

This new government, supported by the Catholic church, was essentially a counter-revolutionary regime, pitted against the ideals of the French revolution of 1789 that created a democratic and secular France.

Anti-semitism
“It was really a French project; a far right French project. It wasn't any copy of the Third Reich,” adds Bruttman.

While it didn't have any real connection with Nazism as an ideology, it did share the general ideas of “anti-Semitism [and] anti-Communism.”

However “you don't have Nazism without anti-Semitism… while if you take anti-Semitism from the National Revolution you still have a political programme,” he stresses.

Collaborative state
The supposed shared values between the Vichy government and the Nazis likely facilitated Pétain's willingness to strike a deal with the Germans when they invaded in 1940.

This immediately spread through the international community and the Vichy government was characterized by this French verb collaborer, to collaborate: a collaboration government.

The Vichy government set about identifying and arresting tens of thousands of Jews and other 'non-French nationals'.

They imprisoned Jews in concentration camps pending their deportation to the death camps under the German Reich.

This continued until 1942 when Hitler no longer trusted the French régime and in turn sent Germans to take over much of the policing and administration in the 'free zone'.

The French Republic was eventually restored after France was liberated by the allies following D-Day on 6 June 1944, marking the start of the end of Pétain's collaboration government.