It wasn't me - Kwadwo Mpiani 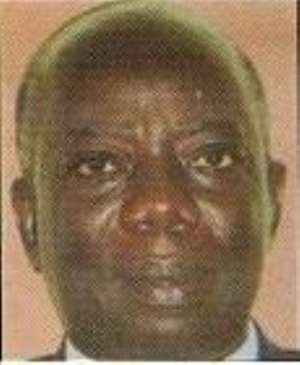 GIAL Board terminated appointment of Chief Executive Accra, April 10, GNA - The Board of Directors of Ghana International Airlines Limited (GIAL) terminated the appointment of Mr Brian Presbury, Chief Executive Officer and not Mr Kwadwo Mpiani, Chief of Staff and Minister for Presidential Affairs. A statement the Chairman of the Board of Directors of GIAL, Mr G.A.M. Azu signed and made available to the GNA indicated that the Board terminated the appointment of Mr Presbury on Friday April 7 2006. "The decision followed the discovery of serious incidents of negligence, gross mismanagement and misconduct with potential criminal consequences, which the Board has passed on to appropriate State agencies for investigations." The statement said the Chairman of the Board of Directors would act as the Chief Executive Officer until a new CEO was appointed by the Board. The Board said it had informed the Government of Ghana, which holds 70 per cent of the shares of GIAL in trust for the people of Ghana, of its decision. In another statement Mr Mpiani signed, he denied reports in a section of the Media that he dismissed Mr Presbury. The statement said: "There is no iota of truth in this allegation whatsoever. As Minister responsible for the Aviation Sector, I requested the Board and Management to convene an extraordinary meeting to brief me and clarify issues on matters of alleged mismanagement. "The meeting was convened at the Conference Room at the Presidency on Friday April 7, 2006 at 1630 hours." The statement said Mr Mpiani raised several issues relating to information that has been provided to him by Mr Presbury, who was unable to give satisfactory answers. "Rather the CEO got agitated and insisted that it was the Management's prerogative to manage the airline without reference to the Board of the company. "On a particular question regarding an expatriate staff that he has personally recruited the CEO angrily stated: 'I will not sit here and take this crap from you'. "After this statement from the CEO I asked him to leave my office and left him and the Board in the Conference room. "The Board, which in the course of the meeting became aware for the first time of several policy decisions by the Management on which it had not been consulted, later informed me that it had taken the decision to terminate the CEO's appointment with immediate effect", the statement said.