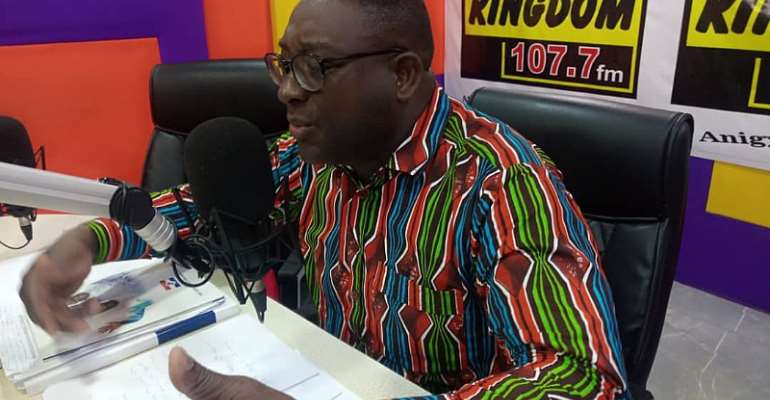 The Member of Parliament for the Adentan Constituency, Yaw Buaben Asamoa, has challenged the opposition NDC to a show of records in the office to enable Ghanaians judge who has met their aspirations the most.

According to him, he is convinced that when pushed to a debate of facts and achievements, the NDC would have no leg to stand on and would resort to their usual refuge of obfuscation and goal-shifting.

“The President assumed office with a very difficult economy. He has been at work for the past three years now. By the grace of the Almighty God, he has been able to do a lot of things he promised this country he was going to do,”Yaw Buaben Asamoah told Kwaku Dawuro on Anopa Nkomo on Accra-based Kingdom FM 107.7

“Things are really going on well and President Nana Addo is really working to make things happen as promised.”

He rated President Nana Addo Dankwa Akufo-Addo as the best leader in recent times with his appointees as hardworking individuals who have helped transform the country.

He also said his critics have been shamed by his impressive work.

Buaben Asamoah said Akufo-Addo’s efforts over the period have yielded positive results that will create more jobs for Ghanaians in the future.

He said Nana Addo’s government has done tremendously well to deliver on most of its promises made during the 2016 elections.