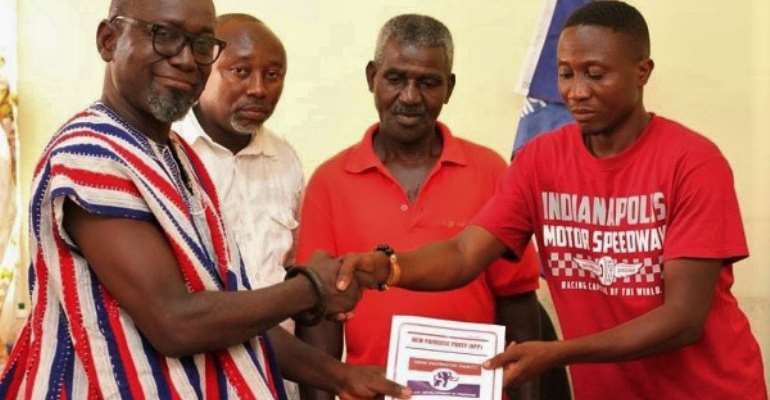 The Board Chairman of the National Theatre, Nana Fredua Agyeman Ofori-Atta, has picked nomination forms to contest on the ticket of the ruling New Patriotic Party (NPP) for Okaikoi South.

He was accompanied by some party supporters while others waited for him at the party’s constituency office at Bubuashie in Accra last Wednesday.

Rationale
He said he had served the party since its inception in 1992 and it was time he contested as a parliamentary candidate for the party.

“I have also been actively involved in politics in this constituency and right now, I think its about time we opened up the system to involve everybody. I have an idea about how things should go and I’m proposing a more dynamic, exciting and involving system which is far better than what we are experiencing,” Nana Ofori-Atta added.

Unity
The constituency secretary, Mr George Nii-Kortei Quaye, who handed the forms to Nana Ofori-Atta, said the office was opened to any party member who was willing to contest for the primaries.

“We want to have a very peaceful election this time round, no one will be bias towards anybody because at the end of the day, we all must support the winner to also win the seat for the party. Let’s all unite and ensure the success of the party,” he said.

The incumbent Member of Parliament for Okaikoi South is Mr Ahmed Arthur.

The election is slated for April 25, 2020.
Aspiring presidential candidates are required to pay GH¢200,000 as filing fees while the flag bearer aspirants will pay a non-refundable application fee of GH¢20,000 for nomination forms, the party’s General Secretary, John Boadu, disclosed last week.