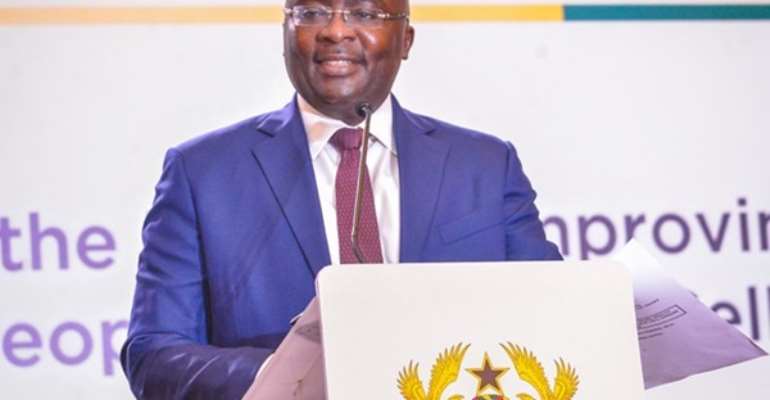 Vice President Dr. Mahamadu Bawumia has said the achievements of the Akufo-Addo government in the last three years beat that of any other government under the fourth Republican constitution.

At the annual Council of Zongo Chiefs meeting in Kyebi in the Eastern Region, Dr. Bawumia said data available indicates that this government is not only performing better but also delivering on all its promises.

“When people are talking about the economy, they should speak in detail. I can tell you without any fear of contradiction that if you look at the management of the economy and compare it to our first term, there is no government that can match us in the Fourth Republic in the achievements of Nana Addo-Dankwa Akufo-Addo”.

Although political opponents have accused the government of poor economic management leading to economic hardship, the NPP administration continues to claim that it has managed the economy better in the last three years than its predecessor.

The government maintains that the achievement of is administration is unprecedented but admits that a lot more needs to be done.

The New Patriotic Party (NPP) government continues to tout its achievement, saying the Ghanaian economy has seen a complete turnaround in 32 months since the Akufo-Addo administration took over the running of the economy.

Finance Minister, Ken Ofori Atta has maintained that economic growth has bounced back strongly from 3.4 percent in 2016 to an average of over 7 percent during the past 2 years.

The Finance Minister also disclosed that Ghana's economic growth was also a result of the Akufo-Addo administration's performance in fulfilling pledges and programmes.