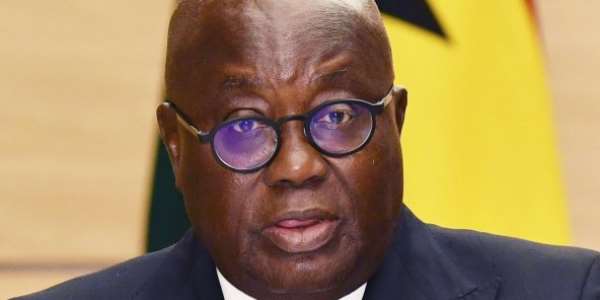 Akufo Addo likes to do things in his favour or for his political party in general, without thinking of the impending doom or the consequences which may affect the economy of the country and the common Ghanaians.

There is no country in the world which foundation will be as solid as a rock, after the banking crisis that led to the collapse of nine commercial banks in the country.

Therefore, Ghana at the moment is facing a serious financial crisis that has affected the country’s political, social and economic infrastructures.

It was all over the news in Ghana, as well as in some international newspapers, over the collapse of the banking institutions but did Ghanaians actually measured and analyzed its long-term impact on the economy?

The collapse of the banking institutions' impact was a grim picture of the state of the financial sector in the country and it may probably take Ghana several years to recover.

Again did Ghanaians ever find out the reason the Bank of Ghana issued high currencies of GHC100 and GHC200 into an already troubled economy before the end of last year?

According to the Bank of Ghana, the notes to be issued will be limited in circulation as it will be restricted to high-value transactions.

That’s not the case at all, Ghana is facing a deep financial crisis after the collapse of the banking institutions, and therefore, political parties are facing deep financial problems to finance the 2020 presidential campaigns and elections, the reason Akufo Addo authorized the governor of Bank of Ghana to issue those high currencies.

Because it doesn’t make sense at all for an economy over a bridge of troubled waters to be supported by sticks, knowing perfectly that that act will eventually lead to a catastrophe.

Yet they want to play smart, but not being clever. How can they set up a committee to investigate the rapid deterioration of the Cedi when they already know the cause?

I want to make it clear today in this article that if anyone thinks I hate Akufo Addo, the person may be mentally sick. I don’t hate him but I can easily see and understand his actions in whatever cunning things he does, which many Ghanaians at home probably don't know or know but don't want to talk about it.

As a writer, I don’t fear anything in this world, I write without fear. This former taxi and trotro driver will always bring to the understanding of many Ghanaians who think Akufo Addo is a Messiah, in fact, that man is a crook.

He is even more corrupt than John Mahama. I really feel sorry for Ghanaians who have lost vision with psychological effects in the country.

Did the Ghanaian government tell the population the amount of the new currencies which were printed?

Do Ghanaians understand the statement made by the Bank of Ghana? “The notes to be issued will be limited in circulation as it will be restricted to high-value transactions.”

The Akufo Addo government or the Bank of Ghana announced the new currencies but they didn’t tell Ghanaians the whole amount which was printed.

For example, if the total of the new currencies is 10 billion, trust me, after the presidential elections or the winning of Akufo Addo's second term in office, all that will be left at the bank is 2 billion.

Common Ghanaians, please, wake up, I feel sorry for you.

BoG, IGP clash over attack on bullion vans
5 minutes ago