The Battle On New Voter’s Register: EC Wins As CPP Joins The Train 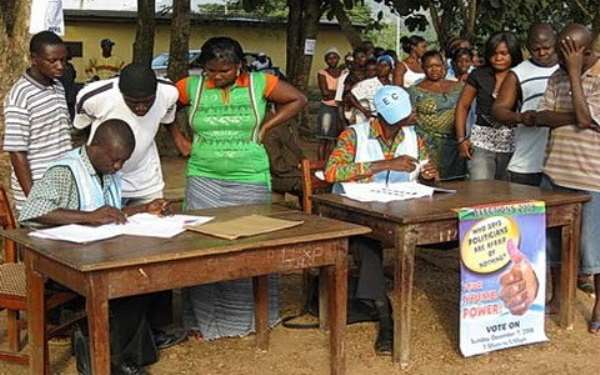 The Acting General Secretary of the Convention Peoples Party, (CPP) James Kwabena Bomfeh affectionately called Kabila, has called all democracy lovers to endorse and support the Electoral Commission’s (EC) decision to acquire a new Biometric Voter Management System (BVMS) ahead of the 2020 election.

He has, therefore, urged persons who oppose the laudable initiative by the EC come up with superior alternatives

“Let those with direct superior alternatives raise them and manage what is said as well as how it is said. Otherwise, let all democracy lovers endorse and support the EC for this initiative,” Kwabena Bomfeh stated in an opinion piece titled: “Of the EC, BVMS, and Resistance.”

Some political parties and Civil Society Organizations have condemned the EC’s move, saying it’s a waste of time. The largest opposition party in the country, the NDC and some smaller have embarked on two demonstrations against the compilation of new register within a space of two weeks

However, Mr. Bomfeh, who has been the Director of Elections for the CPP since 2011,

demonstrations and Press Statements/Conferences are legitimate ways to express dissent or drawing attention to grievances but they have limitations when it comes to stopping the EC from embarking on any approved programmed of activities.

According to him, historically, the authority and mandate of Ghana’s Electoral Commission have been exercised under Articles 43, 44, 45, 46 and the Electoral Commission Act, 1993; Act 451 since 1993 with limited or no use of technology. “This meant that the EC relied mostly on human judgments which were susceptible to manipulations and abuses thereby questioning the integrity of election outcomes. Elections are organized on the principle of ONE PERSON – ONE VOTE”

“But, without technology and solely relying on the human factor, this sacred principle was trite betrayed. Once individuals could register in multiples and stay on the register in multiple terms, automatically there could be multiple voting by same persons or a misrepresentation or identity swap voting. This had to give way for something better and reliably credible,” he said.

According to the EC, it will save as much as GHC170 million with the acquisition of the new Biometric Voter Management System (BVMS). It explained that the total cost of maintaining the old Biometric System is $74, 364, 500 while the total cost for new BVMS system is estimated at $56,000,000. These include Biometric Voter Registration Kits (BVR) kits and the Biometric Verification Devices (BVD).