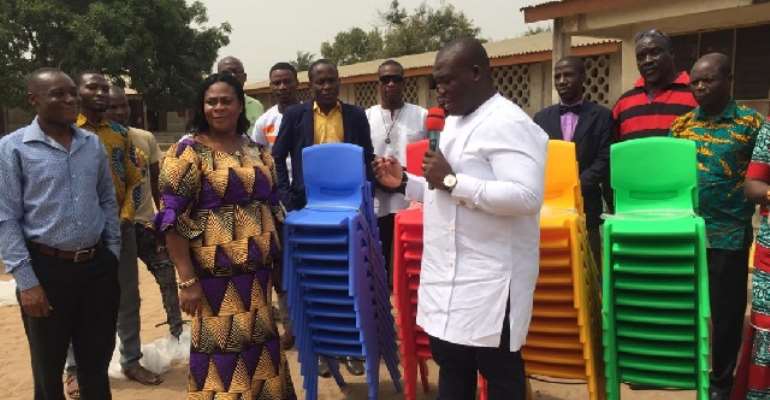 Member of Parliament for Ningo Prampram, Samuel Nartey George, has donated 300 set of desks and 50 tables to the Ahwiam D/A Basic School in his constituency.

He made the donation on his birthday on Wednesday, 22 January 2020.

He also cut the sod for the construction of an ultra-modern 4-storey KG Block for the school.

“I came here during my rounds and saw that the desks were damaged and in some of the classrooms there were no desks at all, the kids were sitting on blocks. I assured the District Director of Education that I would change all the desks for the schools in the district so this is the beginning,” the lawmaker told journalists.

He continued, “This I believe will motivate the kids to stay in the classroom to learn. I also cut sod for the construction of another 4-unit classroom block to deal with congestion. I’m hopeful that in less than six months it will be completed.”