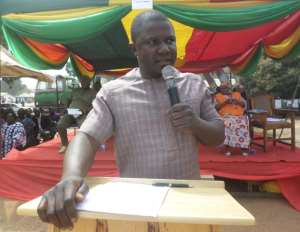 A new 45 member assembly for the Atebubu-Amantin municipality has been inaugurated at a ceremony in Atebubu.

The assembly which comprises 31 elected and fourteen appointees took the oaths of office and secrecy administered by His Lordship Joseph Twumasi presiding magistrate of the Atebubu district court.

“To go round these problems, honorable members need to start brainstorming now on how best we can solve these setbacks in our development pursuit devoid of politics.” He said.

Hon. Owusu pledged an open-door policy through accountability and transparency for the realization of the government’s objective of building a prosperous nation.

Reading a speech on behalf of the President of the Republic of Ghana, the deputy Bono East regional minister Hon. Martin Oti Gyarko said, “the ministry of local government and rural development has formulated a rural development policy which provides a mechanism for implementation of the coordinated interventions in agriculture, social services, industrialization, financial inclusion and skills development for a transformative change in the lives of rural people across the country.”

He said through the property naming and street addressing system, the assembly can improve upon its revenue generation for the betterment of the lives of its people adding that unplanned and haphazard developments pose a major challenge to our development efforts and urged the assembly to use its bye-laws to improve on environmental health.

The deputy minister urged the assembly to work towards a diversified and commercially oriented agriculture with strong linkage to industry and markets to generate employment and address rural poverty.

“The assembly should create a platform for stakeholders using social accountability tools like Town Hall Meetings and general community engagement to establish a strong linkage between duty bearers and citizens.” He concluded.

The assembly was set to elect its Presiding Member later in the day.

The function was chaired by Nana Osei Gyan Ababio II, Kyidomhene of the Atebubu traditional area. 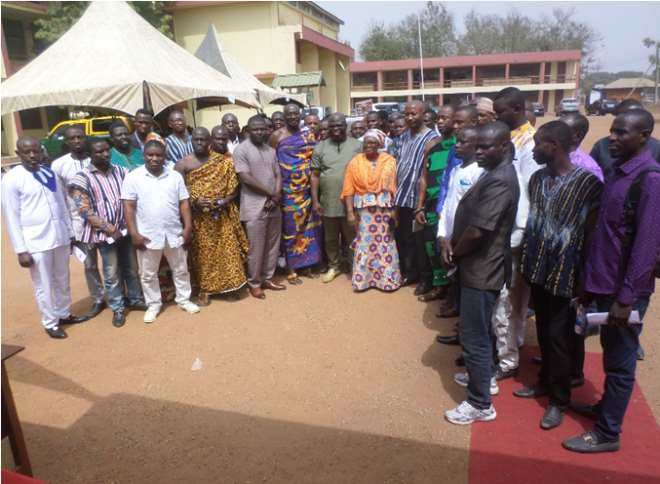 ‘There Won’t Be Conflict After December Elections’ – Akufo-A...
53 minutes ago

Add Us To Bank Customers You Want To Settle – Menzgold Custo...
53 minutes ago