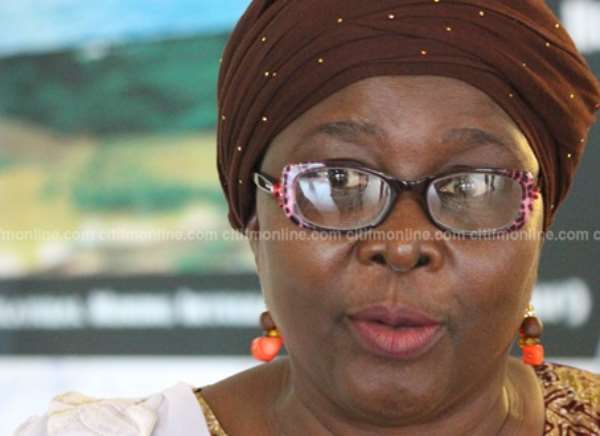 The Local Government and Rural Development Minister, Hajia Alima Mahama, has charged the newly elected assembly members to work closely with the assemblies to ensure compliance with building rules and regulations.

Delivering a speech at the inauguration of the newly elected members at the Tamale Metropolitan Assembly, the sector Minister bemoaned the unplanned and disorganised siting of buildings in marshy areas and on waterways which mostly results in flooding and loss of lives.

According to her, reducing the period for acquiring building permits to potential builders is critical in addressing the phenomenon.

She stated, “one major challenge is the unplanned and haphazard development currently going on in most assemblies. Slums being developed in mushy areas, and houses built on waterways. This has become a phenomenon with serious implications for national development and publicity.”

“As you are sworn in today, work with your assemblies to ensure compliance with the building rules and regulations on the zoning and development of lands and ensure that lands are developed according to approved plans and designated lands to avoid flooding and loss of lives and property,” she advised.

The induction ceremony has now paved way for the Assembly Members to officially commence work.

Today's ceremony however left out three district assemblies; Nkoranza North and South and Lower Manya Krobo because they could not hold their elections during the national exercise that took place on December 17, 2019.

The 2019 district assembly election was generally peaceful but was characterized by the low turnout which has always been a challenge.