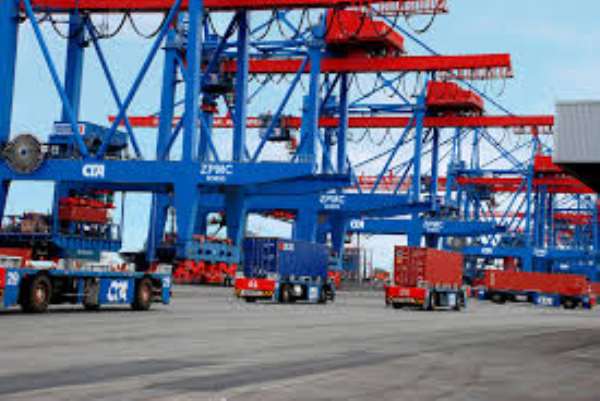 Cranes at the Port of Hamburg, because of possible customs duties after the British leaving the European Union (Brexit) on the 31 January 2020, companies from Great Britain are increasingly setting up warehouses in Germany. Never before have so many British companies settled in Germany as in 2019, and the figures rose significantly last year, all because of the approaching date for the British to leave the European Union.

Before the approaching Brexit, British companies have registered more new jobs in Germany with the federal agency for location marketing in 2019 than ever before. With 23 new settlements, 680 jobs are to be created, more than in the two previous years combined, according to the managing director of Germany Trade and Invest (GTAI), Robert Hermann, "We are seeing a steady increase in the activities of British companies in Germany," he said.

He said that the trend was similarly positive for the business development agencies of the 16 German states, but that concrete figures for the overall development were not available until spring.

Germany attractive due to large domestic market and many skilled workers

Part of the increased interest of British companies in Germany as a business location is due to the EU adoption scheduled for January 31. "For many companies, however, it is not a matter of setting up warehouses here in order to avoid threatening customs duties", said Hermann. For example, about a third of the companies were from the business and financial services sector and almost a quarter from the software and IT sector. The remaining approximately 40 percent are spread across a wide range of industries, from consumer goods to mechanical engineering," said the CEO.

In most cases, British investors would not relocate their activities to Germany. Rather they want to expand and that's why they come here, Hermann said. Germany is attractive because of its large domestic market and many well-trained specialists.

Even the current economic downturn is not changing this," said the Germany Trade and Invest (GTAI) expert. This is almost exclusively due to the problems of the export-oriented industry, while service providers and construction, as well as the domestic economy as a whole, are still doing very well.