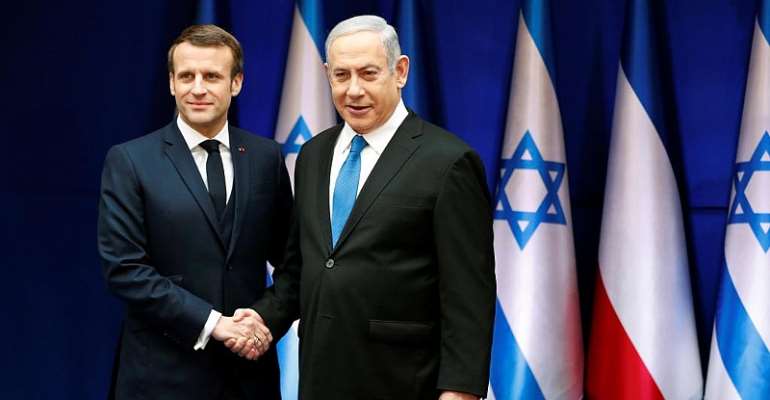 French President Emmanuel Macron has told world leaders commemorating 75 years since the liberation of the Auschwitz Nazi death camp that the Holocaust must not be used to justify hatred or division.

Speaking at the Yad Vashem Holocaust memorial centre in Jerusalem, the French president told the international audience, including more than 40 presidents, premiers and monarchs, that no one has the right to invoke the memory of the Jewish dead to justify division or contemporary hatred.

"Those who died," Macron went on to say, "oblige us to tell the truth, to remember, to negotiate. They call us to friendship."

Emmanuel Macron asked what finer symbol could be imagined than the commemorative union of world leaders in Jerusalem, "all of us determined to work against denial, against resentment, against calls for vengeance".

Pence, Netanyahu call for strong stand against "the tyrants of Tehran"

In their earlier speeches, US Vice President Mike Pence and Israeli Prime Minister Benjamin Netanyahu both condemned the Islamic Republic of Iran.

The Israeli prime minister urged action against those he called "the tyrants of Tehran" in a Holocaust memorial speech Thursday, comparing the Iranian threat to that once posed by Nazi Germany.

"There will not be another Holocaust," Netanyahu assured world leaders in Jerusalem.

"We have yet to see a unified and resolute stance against the most anti-Semitic regime on the planet," the prime minister continued, "a regime that openly seeks to develop nuclear weapons and annihilate the one and only Jewish state.

"I call on all governments to join the vital effort of confronting Iran."

Israel fiercely opposed a 2015 deal between Iran and world powers that offered Tehran sanctions relief in return for curbs to prevent it from acquiring nuclear weapons.

Netanyahu applauded when US President Donald Trump in 2018 pulled out of the accord and has pushed European powers to follow Washington's lead.

The Jewish leader said on Thursday that Israel "salutes President Trump and Vice President Pence for confronting the tyrants of Tehran that subjugate their own people and threaten the peace and security of the entire world.

"Israel will do whatever it must do to defend our state, defend our people, and defend the Jewish future," said Netanyahu.

US Vice President Mike Pence then urged world leaders gathered in Jerusalem to "stand strong" against Iran, saying it was the only country where Holocaust denial is "state policy".

"The world must stand strong against the Islamic Republic of Iran."