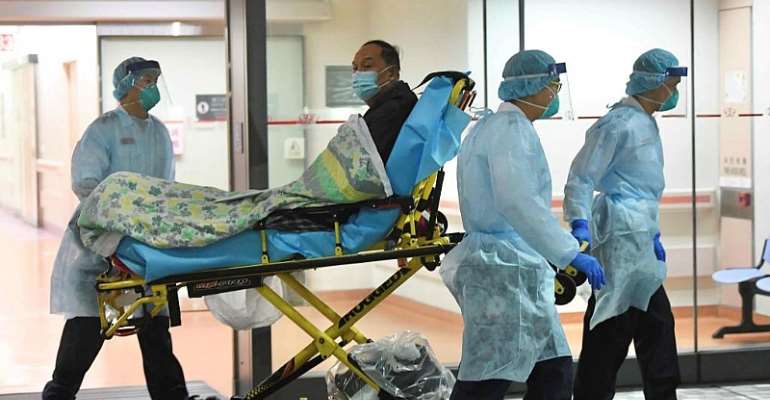 Chinese authorities have put a second city near the epicentre of a coronavirus outbreak under lockdown. Planes and trains have been banned from leaving Huanggang, a city to the east of the epicentre of the outbreak in Wuhan, in a move to contain the disease, which has killed 17 people so far.

Residents in Wuhan, a city of 11 million people, were told on Thursday not to leave "without a special reason" and most transport was suspended.

Hours later, neighbouring Huanggang, a city of about 6 million people was placed under a similar lockdown, with flights and trains cancelled. Buses, subways and ferries have been suspended.

Health officials are scrambling to contain the pneumonia-like virus that has already spread to other countries including Singapore, which on Thursday confirmed its first case.

Large-scale Lunar New Year events in Beijing have been cancelled and people have been advised to avoid crowded places over the busy Spring Festival.

The city government said it would call off events including temple fairs that usually draw shoulder-to-shoulder crowds, and the Forbidden City, a popular tourist attraction in the heart of the capital, will close starting on Saturday.

Growing panic
In China's seventh biggest city Wuhan, the epicentre of the outbreak, residents said a sense of fear was growing as the city went into lockdown.

"We feel as though it is the end of the world," said one Wuhan resident on China's Twitter-like Weibo platform, voicing concerns about shortages of food and disinfectant.

"We really need everyone's help."
Another described being on the "verge of tears" when the de facto quarantine was announced, with the misery compounded by it coming on the eve of the Lunar New Year holiday.

Wuhan's train station and airport, which should have been packed with people coming travelling for holiday family reunions, were almost empty except for workers on Thursday afternoon.

WHO to meet
Few people were seen in the streets of the city and all were wearing masks.

The respiratory virus has claimed 17 lives since emerging from a seafood and animal market in Wuhan, infected nearly 600 other people nationwide and been detected as far away as the United States

The Geneva-based World Health Organization said it would hold an emergency meeting Wednesday night to decide whether to designate the outbreak as an international public health emergency.

Meanwhile, the railway station in a third nearby city, Ezhou, which has a population of over one million, will also close from tonight.

French response
As airports around the world increase health screenings and monitor flights arriving from China, France has announced that all international airports in the country are to provide passengers with information on the coronavirus and its symptoms.

Health minister Agnès Buzyn has confirmed that so far no suspected cases of the coronavirus have been reported.