I asked Tanzanians about studying in China: here's what they said

By Hezron Makundi - The Conversation 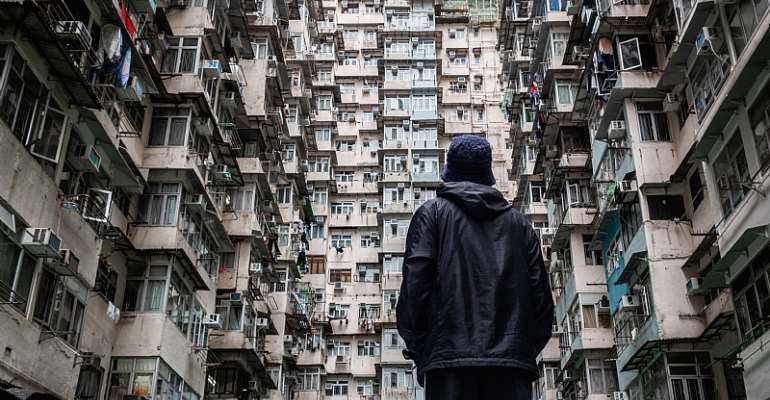 Over the past three decades, China has turned into a major study-abroad hotspot for thousands of African students. In 2018 it hosted over 60,000 African students, making it the second most popular destination for African students abroad, after France. It is even ahead of the US and UK.

This trend can, in part, be explained by China's growing provision of scholarships and also by the Chinese government's human resource and education capacity building schemes, such as the African talents programme, which target the continent.

One African country with a long history of education cooperation with China is Tanzania. This dates back to 1962. A major component of this relation is scholarships.

As part of my research interest in China's role towards technological capacity building in Tanzania, I wanted to know how useful these scholarships were for Tanzanian students. I did a study with 85 Tanzanians who had academic training in China, provided by the Chinese government. I also got inputs from 13 stakeholders, including Chinese and Tanzanian administrators of the scholarship scheme.

I found that, the study group was generally positive about the knowledge and skills they received through classroom sessions and practical and laboratory activities. They also brought back equipment (like multimedia projectors) and technical literature which would benefit them and others back home.

But there were some challenges too. These included cross-cultural barriers and language related communication problems. Another factor was that Tanzania sometimes didn't have the capacity to use some of the advanced Chinese technologies, such as nano science, taught in the courses.

More must be done to improve the relevance of training courses for African students in China. For this to happen, Chinese trainers need to become more acquainted with Tanzania's, and more largely Africa's, developmental and technical situation.

In 2014, about 1,400 Tanzanians attended various training courses in China, including scholarship recipients funded by the Chinese or Tanzanian government. The figure reached 3,520 in 2016.

My study focused on the two scholarship schemes that attract the largest number of applicants for short and long education programs in China.

Just over 60% of the study's participants had attended academic training programmes that lasted at least one year. The rest attended short training courses. For those in academia, 45% were pursing a Bachelor's degree, 38% a Master's and 17% were at the PhD level.

I used both interviews and surveys to assess what the students thought about the relevance and quality of the courses.

Students were generally positive when it came to the quality of the programmes, particularly when they were asked to compare the courses to similar ones they encountered at Tanzanian institutions.

The greatest gains they found were access to electronic and physical learning resources, specifically literature and equipment which are limited or too expensive in Tanzania. Chinese scholarship awards were also considered to be more prestigious than local accolades.

The students and trainees also highlighted some challenges.

For example, participants of the short seminars described the training using phrases such as; “more of a tour”, “serves the demonstration of China's economic achievements” or “a series of unrelated lectures”.

Some recipients were suspicious of the Chinese' motives for the training. Many believed the awards were meant to favour Chinese more than Tanzanian interests.

The language barrier came out as the leading challenge facing the majority of the surveyed trainees. 67% of respondents were trained in English, 19% in Mandarin with English translations and the remaining 14% attended the courses in Mandarin language.

Language barriers prevented classroom communication, socio-cultural interactions and also the acquisition of basic services while they stayed in China.

For those in long term academia, a major challenge they faced was access to English learning resources. Medical trainees had the added challenge of having to interact with patients during clinical sessions.

For their part, the Tanzanian government's scholarship administrators were happy with their engagement in the awarding process. They did say that more could be done in granting them access to completion records.

Meanwhile, the Chinese officials said that Chinese universities improved their global ranking because of programmes like these.

Other than communication, there were other socio-cultural differences that the students found challenging. These included the different type of food and racism – particularly for those trained in smaller, less multicultural Chinese cities. These challenges led to students feeling isolated, homesick and lonely – particularly amongst the longer-term candidates.

Finally, while the students were impressed by China's advanced technological capabilities, some found they couldn't use their new skills at home because of technology gaps. For instance, a medicine alumni used a diagnostic kit that he found very efficient during his training in China. However, the government hospital where he works was only able to get them three years after his return.

I propose that collaborative research and exchange programmes be designed between Chinese and Tanzanian academic institutions. This would make them more relevant. And as China continues to invest in businesses in Tanzania, it could ensure graduates have the right training for the jobs being created.

Hezron Makundi received funding from the University of Dar es Salaam, and KU Leuven to conduct a study that informed this article.