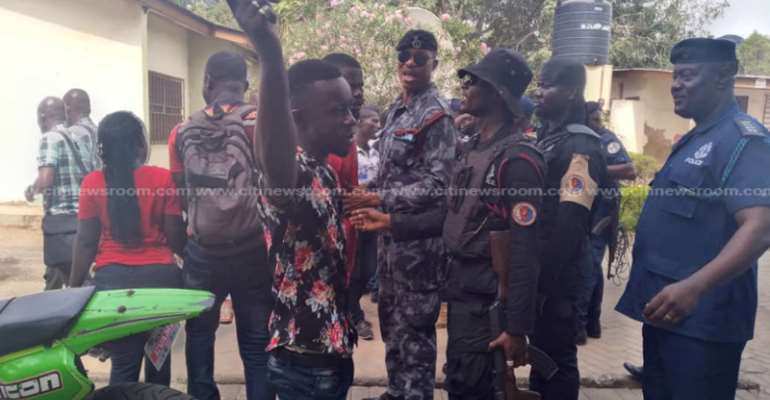 Some aficionados of the New Patriotic Party (NPP) within the Amasaman Constituency have protested against the GA West Municipal Assembly over disagreements with the selected assembly members.

The aggrieved supporters demanded the removal of Municipal Chief Executive, Clement Wilkinson, and accused him of ignoring the NPP’s desires in the selection of the assembly members.

The protest came as newly elected Assembly and Unit Committee members across the country were being sworn in.

They expressed fears that his posture could cost the NPP in the 2020 elections.

They also argued to Citi News that the MCE did not follow laid down party procedure in the matter.

“The MCE has allegedly gone ahead to present a separate list from what the party led by the constituency executive officially presented to government to be considered for government appointees,” one supporter said.

Another man complained that Mr. Wilkinson has refused to incorporate NPP members into his administration,

“Now when he has come, the officers that he is working with are NDC [National Democratic Congress] officers. We told him but he will not allow us to do what we want. He is rather deciding with them.”

One other woman claimed the assembly and had come to some form of compromise which Mr. Wilkinson reneged on.

“They boycotted our list and took his list, which is wrong. All that we want is our appointees. He brings his and we also bring ours,” she said.

Police moved in to disrupt the demonstration because the NPP protestors had not sought permission for the protest.

The police ended up arresting three of the NPP supporters.