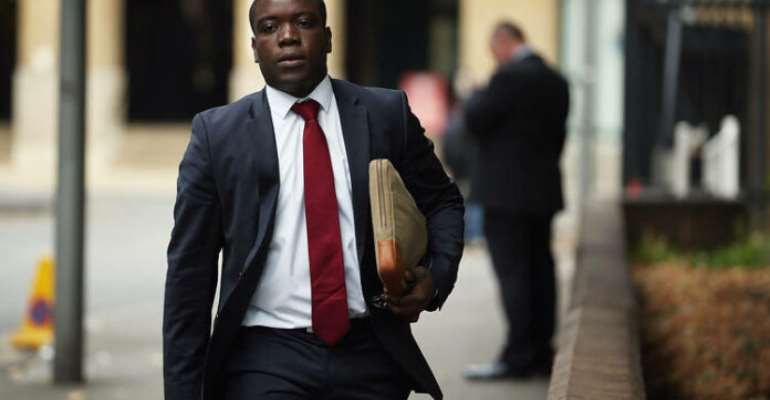 Former UBS Group AG trader Kweku Adoboli fought to avoid deportation from the U.K. to the nation of his birth after his conviction for a $2.3 billion loss at the Swiss bank. Now, he is seeking a comeback in Ghana with a plan to kick-start its mortgage-backed bond market.

The 39-year-old was extradited to Ghana in November 2018 after being jailed in 2012. He spent the first nine months mostly indoors as he struggled with depression. Support from family and friends helped him shake ambitions of returning to England, his home since the age of 12, and to make peace with a new life in Tema.

Nowadays, Adoboli speaks — albeit in a British accent — like he never set foot out of Ghana as he talks about the gaps in the country’s mortgage-financing market.

“Our job now is to look for ways to expand banks’ balance sheet, to create a mortgage market that would allow us to increase demand-side funding for housing,” Adoboli said during an interview in the lounge area of a five-star hotel in Accra. “What are you going to do in 30 years time when our population doubles?”

The former banker, who left Ghana when he was four, was convicted for covering up bad bets during July and August 2011 amid a market sell-off. For the trades, Adoboli served about half of a seven-year sentence, getting out in 2015, in a case that rippled through Zurich-based UBS and London’s City financial center.

Small Market
Adoboli estimates that the platform he plans to develop could accumulate $100 million in mortgage-backed securities after the first year of starting operations. Banks would also be asked to join as shareholders, he said.

It won’t be easy going. Ghana has a low uptake in mortgages, nascent capital markets, high-interest rates and a banking industry that has just emerged from a crisis. Most people buy a plot of land with their savings and then slowly build their homes, often completing them by retirement, without ever taking a mortgage.

The government estimates there’s a shortage of 2 million homes in the country of 30 million. With an average economic-growth rate of 7% over the past three years though, the middle class is expanding. There are about 9 million Ghanaians earning more than $11 a day, which could increase to 14 million by 2030, according to data compiled by World Data Lab.

Adoboli is confident it can be done. A study done by him and his business partners found that there are 2.5 million households that can afford a $50,000 home loan, he said, declining to identify who is working with.

Packaging existing and new mortgages into securities that are then sold to investors could also free up banks to boost lending, helping to expand the market.

Rapid Growth
The value of home loans increased almost 10% in the nine months through September to 4.5 billion cedis ($796 million). That’s not even 1% of mortgages in South Africa, an economy five times bigger and where there is an active securitization market, according to data compiled by Bloomberg.

Adoboli is trying to raise $6 million from investors to fund the accreditation of the business, its licensing as well as the financing of the software needed to create a mortgage-syndication platform. He plans to launch the venture at a finance conference in Ghana in May, he said.

“The long-term goal is to make a sustainable platform that will grow the economy,” Adoboli said.

Adoboli now sports a thick, shaped beard that his therapist suggests he grow. When he first started coming out in public, he would disguise himself with a hat and sunglasses.

“The deportation made it hard to accept being recognized,” he said. “But now that I have done so much healing, the beard is a reminder of how important it is to be proud of how far we’ve come,” he said, “and how proud I am to be a black African.”

The University of Nottingham graduate acknowledges he has a long way to go to win back trust, and is still under the constant supervision of family and friends.

“I took responsibility because basically nobody else wanted to,” he said of the UBS conviction, adding that he was acquitted on charges of seeking personal gain. “I’m still at the beginning of a journey. The day when I deliver my first profit to someone, that will be a good day.”