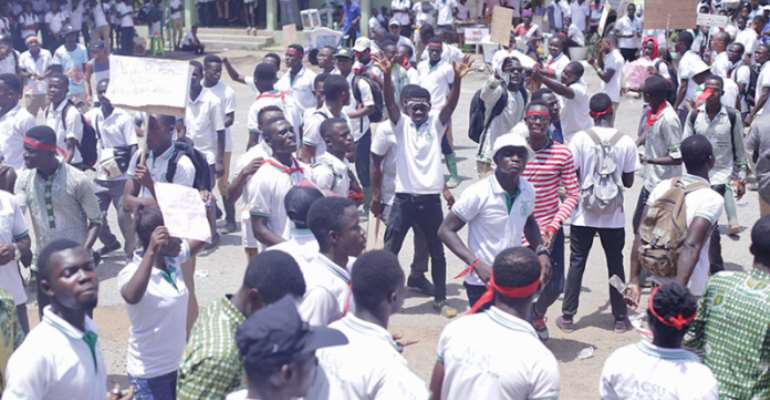 Security analyst Adam Bonaa has blamed the Wednesday youth chaos at Dzolokpuita in the Volta region on the rising level of hunger and youth joblessness.

An official car of the Dzolokpuita district assembly in the Volta region was set ablaze by some angry youth of the area who stormed the assembly to seek revenge following the death of a resident.

The youth besieged the premises after a resident died during exchanges with members of a taskforce working for the assembly.

The angry youth in their fury damaged properties of the assembly and chased the DCE and his officials out threatening to kill them.

He said although government through the NABCo initiative is making an effort, a lot more should be done. He expressed worry over the recent closure of banks in the country.

“This was needless, it should not have happened, the taskforce should have known better that when people are hungry, they become emotional, they lose their minds. The people just vented on the authorities.

“When people don’t have jobs, it’s a major challenge. We have to work faster in making sure that young people get jobs. When you close banks and people are working and they are not getting paid and all those are all worrying issues in recent times. These things could culminate into something else and government should pay attention to them.

” There is a big gap in the way leadership connects to young people. I wish leadership will see these things as national security matters and quickly addressed them”.