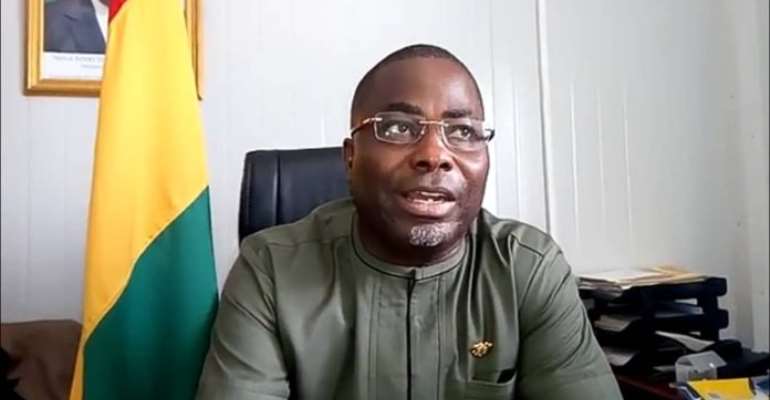 The Minister of Environment, Science, Technology and Innovation who doubles as, Chairman of the Inter-ministerial Committee on Illegal mining Prof Kwabena Frimpong-Boateng has said the committee is waiting for the report from the special prosecutor since the case was referred to his office.

This is inspite of the fact that the criminal investigation department of the police service cleared Charles Bissue of any wrongdoing in the Anas’ Galamsey fraud documentary.

According to him, Charles Bissue willingly stepped aside to allow investigations after the documentary and he has since not been part of the committee.

He is thus appealing the special prosecutor to speed up its investigations and come up with its final report on the matter.

The Special Prosecutor, Martin Amidu, is yet to avail reports of his investigations into corruption allegations levelled against presidential staffer and former secretary of the Inter-Ministerial Committee on Illegal Mining (IMCIM), Charles Bissue, in the investigative piece by Tiger Eye PI.

Chair of the IMCIM, Prof. Frimpong Boateng says the committee is patiently waiting for the report of the Special Prosecutor to determine the fate of Mr Bissue.

The Criminal Investigative Department of the Ghana Police Service after a thorough investigation into the documentary produce by Tiger Eye PI, cleared Mr. Bissue of no wrong doing.

The documentary claimed that Mr Bissue was involved in alleged shady deals to facilitate processes for a mining firm called ORR Resources Enterprises.

The case, has since been forwarded to the Office of the Special Prosecutor by the Tiger Eye PI.

The operations of the IMCIM reported has been on a lower turn following Mr. Bissue’s resignation from duty. It is expected that a determination would be made on this case, this year.