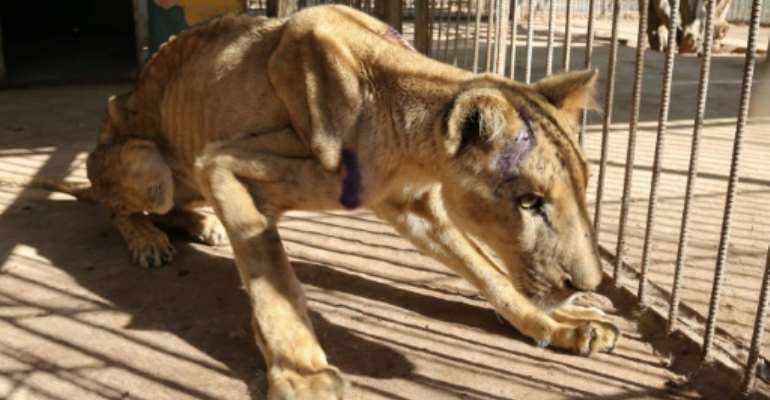 The captive lions in Khartoum's Al-Qureshi Park had lost as much as two-thirds of their body weight as a result of going unfed for weeks. By ASHRAF SHAZLY (AFP)

Sudanese vets scrambled to save four surviving captive lions of five that were left sick and malnourished in a Khartoum park during months of political and economic turmoil.

The fifth, a lioness, died on Monday of dehydration and lack of food despite receiving intravenous fluids for several days following the launch of an online campaign for veterinary help.

The animals had lost as much as two-thirds of their body weight as a result of going unfed for weeks as Sudan's chronic cash shortage hit donations.

"It's so upsetting. These lions have been suffering for so long," said Osman Salih, a software engineer who launched the online campaign under the hashtag #Sudananimalrescue.

"We were so late in rescuing them and were unable to save the one that died." 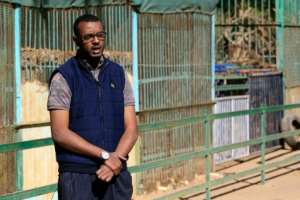 Sudanese vet Hamad Abdallah is among the professionals trying to save the surviving lions in the park. By ASHRAF SHAZLY (AFP)

A second lioness was also sick but her condition has improved, and AFP correspondent reported after touring Al-Qureshi Park in an upscale district of Khartoum.

Salih said a group of international wildlife conservationists had contacted him offering their help to save the lions.

"They are specialists and are planning to come to Khartoum with their kits and resources," he told AFP.

Al-Qureshi Park is managed by Khartoum municipality but funded in part by private donors, which have dried up in the face of the econmomic crisis that triggered nationwide protests though much of last year.

The online campaign launched by Salih has grown over the past few days.

It is not known how many lions survive in the wild in Sudan, but a population lives in Dinder National Park on the border with Ethiopia.

African lions are classified as a "vulnerable" species by the International Union for Conservation of Nature.