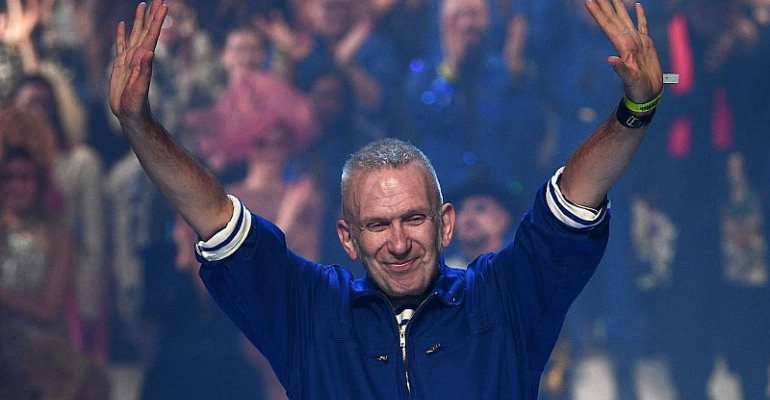 Legendary French fashion designer Jean Paul Gaultier on Wednesday called for more recycling of clothes as he kicked off a spectacular Paris show to mark his retirement from the business.

In a touching adieu to fashion, Gaultier said the business has changed. "There are too many clothes and too many that are never worn.

"Don't throw them away, recycle them," he declared.

The maverick creator stunned fans last Friday by announcing that this Paris Fasion Week show would be his last.

Jean Paul Gaultier hangs up his scissors after 50 years in the business.

Exchanging the scissors for showbusiness?
There are rumours that the 67-year-old showman may throw himself into showbiz.

His "Fashion Freak Show", a cheeky cabaret revue based on his life, has been a popular and critical hit.

With its catchphrase "Tout le monde est beau!" ("Everybody looks so good!"), it was a feel-good smash when he premiered it at the Folies Bergère in Paris in 2018.

It is now touring Russia after an acclaimed London run.

Gaultier has maintained an air of mystery about his future, teasing journalists with a typically jokey video message which he recorded while reclining on a chaise longue.

"I have a new concept. I will tell you about it later, all the little secrets. To be continued! Kisses!"