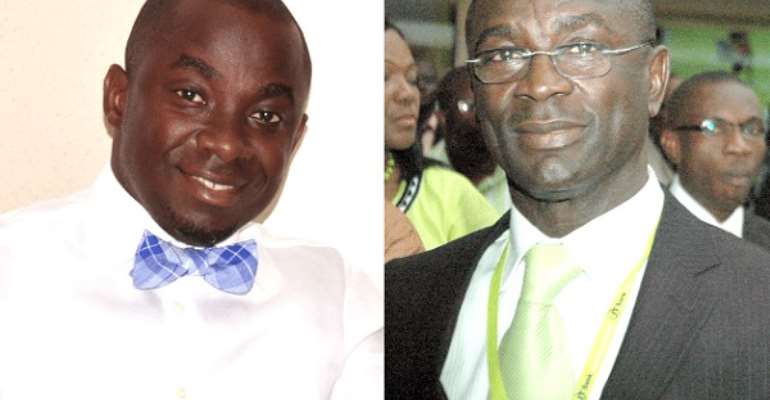 The prosecution has been given two weeks to file all the neccessary documents it intends to use as evidence for the respective trials of the chief executive officers (CEOs) of insolvent UT Bank and The Beige Group (TBG).

The two CEOs — Prince Kofi Amoabeng of the defunct UT Bank and his counterpart Michael Nyinaku of TBG — are standing trial separately for allegedly stealing money belonging to their customers.

The two have been put before an Accra Circuit Court, presided over by Mr. Emmanuel Essandoh, and are both facing stealing and money laundering charges with separate dockets.

When both case were called yesterday, the prosecution, led by ASP Emmanuel Nyamekye, pleaded with the court to give them time to furnish the accused persons and their lawyers with the prosecution documents as the court rules state.

The two CEOs, according to the prosecution, are said to have stolen over GH¢441 million from UT Bank and TBG.

He was arraigned following investigations by the Economic and Organised Crime Office (EOCO) and the Special Investigations Taskforce (STI) spanning almost two years.

According to the investigations, the STI had received a report from PriceWaterHouseCoopers through the Governor of Bank of Ghana (BoG) on suspicious transactions related to UT Bank.

UT Bank is said to have, among other things, engaged in some off-balance sheet transactions log, and issuing investment certificates to investors in the name of the bank. However, the amount totalling GH¢51,334,338.08 and another $8,612,829.33 were later transferred to UT Holdings, another company owned by Mr. Amoabeng.

According to investigations, Mr. Amoabeng, who was then the CEO of UT Bank, signed most of the customers' investment certificates and subsequently transferred those to UT Holdings.

Mr. Nyinaku, on the other hand, is said to have allegedly stolen over GH¢340 million from the group together with some eight other persons.

Investigations, according to the fact sheet, revealed that TBG, a subsidiary entity of Beige Bank, during the latter part of 2017, had agreed with the leadership of First African Savings and Loans (FASL) to acquire 90 per cent equity shares in the savings and loans entity at a cost of $2.2 million.

The TBG is said to have eventually paid GH¢9 million as part payment of the equity shares intended to be purchased and the two companies agreed that a letter be sent to the BoG to regularise the agreement.

FASL was subsequently made to open an account with Beige Bank as a subsidiary and at the time the bank went into receivership; FASL account with the bank was said to have an amount of GH¢12 million in it.

Investigations acceding to the facts of the case reveal that unknown to the authorities of FASL, TBG secretly opened a second account which had an outstanding balance of GH¢229 million at the time it went into receivership.

The account is said to have been opened by Susannah Philips and had suspects Vanessa Akorfa Atsu, Yvonne Philips and Yiadom Boakye Augustine, all from TBG, as signatories although the account was opened in the name of FASL.

The account, according to investigations, had funds close to GH¢340.94 million in it as initial capital but some of the monies were transferred to affiliate entities of TBG.

Mr. Amoabeng is currently on bail of GH¢110 million with two sureties who must be public servants earning not less than GH¢2,000 a month.