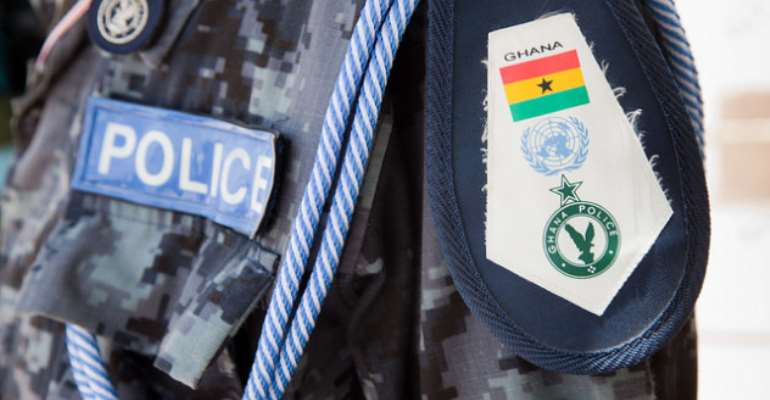 But for the prevalence of cool heads at the Gbewaa Palace, abode of the Ya Na, King of Dagbon, a few days ago, we would have been stunned by a disturbing story.

Indiscreet police officers reportedly pursued a driver and his 'mate' into the bosom of the palace against traditional standards common to all ethnic groups in West Africa and assaulted them.

One of them was reported to have asked contemptuously 'who is Ya Na?' as the assault continued.

The daredevil action of the police officers was the height of disrespect to the King whose minders and other subjects at the palace should be commended for their calmness even in face of the provocation.

Their decision not to react to the show of indiscretion by the police officers saved all of us from what could have been an unsavoury situation.

Police officers because of the deserving powers at their disposal in enforcing the law must be professional in their approach to issues. Their grasp of local values should be above board. Even in our local settings when a child flees punishment into the hands of an adult, the parents stop the pursuit as they succumb to the pleas for forgiveness on behalf the defaulting child.

In the case under review, the young cops defied all odds and breached the security of the palace simply because they wanted to show their powers ‒ inappropriate hallmark of most police officers.

The cops under review lacked wisdom, a shortcoming which can cost a law enforcement officer his or her life and even endanger the lives of their colleagues.

We wish to, once more, ask that the training manual for recruits at the police training schools across the country should include such simple yet important subjects as basic public relations and ethnic values.

A divisional crime officer in the Northern Regional Police Command when he went to a crime scene where a mentally deranged man had murdered his mother was prevented from conveying the corpse to hospital for autopsy as contained in a story elsewhere in this edition. Being a professional, he avoided using force because according to him he appreciated the faith values of the local people which is opposed to autopsy. He had to invite a pathologist to do an on-the-spot autopsy and so a potential consequence was obviated.

A law enforcement officer must use their discretion with wisdom. The Gbewaa Palace is one place which should be spared security breaches which paradoxically was nearly visited by the erring cops.

We cannot but doff our hats for the Police Administration for the swift action they meted out to the defaulting cops.

Such punitive actions as in interdictions are necessary prior to investigations so that police officers who think being a cop is a licence to misbehave and erroneously think they are above the law.

We are aware that the palace has asked for the dismissal of the erring cops but would want to plead with the traditional authorities to allow for the completion of the ongoing investigations in line with administrative standards in the police.