By Peter Delius - The Conversation 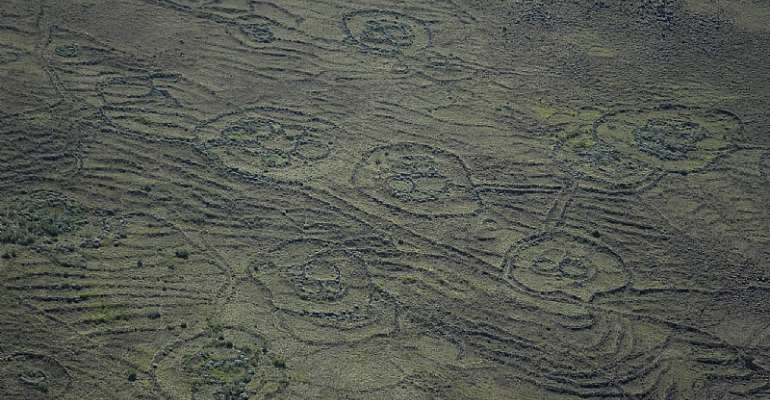 The remnants of a forgotten world can be found all along the Mpumalanga escarpment. You can see glimpses of it if you watch the passing countryside when driving through this area.

You will see sections of buildings in stone near the sides of the road, further away on the hills above you and the valley sides below.

An aerial view of the escarpment reveals clusters of stone walling and sprawling expanses of stone circles, mazes of stone ridging linked by long stone passages. These structures span 150 kilometres from Ohrigstad to Carolina and connect over 10,000 square kilometres of the Mpumalanga escarpment.

It's a world of stone settlements and agricultural innovation that archaeologists have been aware of for many decades. But these structures have not received the attention they deserve from researchers, heritage agencies or tourist authorities.

Part of the reason for this historical neglect was a racist insistence that because these sites were built from stone they can't have been the work of Africans. Various outsiders, including ancient Indians and visitors from outer space, have been credited with constructing them. One consequence of these risible assertions was to distract resources and attention from serious research and much needed preservation.

But in recent years interdisciplinary research has formed the core of new understandings of the stone-walled structures. These sites are the remnants of the Bokoni society which once dominated the escarpment.

The rock structures, built from 1500, were carefully planned to house and safeguard cattle. Peter Delius/Wits University

The settlements emerged around 1500 and lasted until the 1820s. They were based on intensive farming techniques including massive investment in stone terracing and cattle paths which allowed for the cultivation of rich volcanic soils on the hillsides of the escarpment.

Crop cultivation was combined with closely managed livestock production. Cattle were kept at the heart of settlements at night and moved out during the day to feed on the diverse grasslands that existed on the higher lying slopes and in the valleys below.

This pattern ensured that highly nutritious milk could play a central part in the diet of these communities. And this probably contributed to an unusually large population developing in Bokoni by the standards of the time.

This system was unique in South Africa and was the largest intensive farming system in south or east Africa. It connected to systems of long distance trade which spanned the interior and linked to the east coast and the vast and ancient Indian Ocean trading system. A documentary called Forgotten Worlds captures the incredible structures on film.

Visitors to Delagoa Bay made mention of a 'Grain King' living in the interior. The sorghum and millet produced on the escarpment were exchanged for copper and iron goods from Phalaborwa and Messina. This regional trade connected to an international network of exchange and currency which was based on the export of gold, ivory, cloth, glass beads and, increasingly, slaves.

This system of trade and production was the beating heart of a regional economic system that long preceded development of mining-based processes of development which are conventionally seen as the beginning of South African economic history.

The walls also stand in mute but eloquent reproach to the host of commentators who have suggested that prior to the arrival of settler farming, African agriculture was rudimentary, subsistence-oriented, transient and barely capitalised. The terraces mock the academics who have argued that production for markets only became prevalent amongst Africans in the last decades of the nineteenth century and were rooted in colonial pressure and opportunity. Bokoni provides ample evidence of high levels of innovation, skill and agrarian specialisation.

The Bokoni made a massive investment in stone terracing, becoming one of the most advanced farming communities in history. Peter Delius/Wits University

The end of an era

The way of life that had emerged in Bokoni was destroyed in the 1820s as a result of attacks by the armies of new, more militarised states such as the Ndwandwe, Swazi and Zulu kingdoms which intruded on this area. The Bokoni settlements – which were rich in people, cattle and grain and organised on the basis of production – were no match for armies skilled in warfare. The population was either taken captive, especially women and children, or fled to safer areas.

This sudden tragic ending helps to explain why the history of Bokoni has been undervalued. History has a tendency to focus on the winners and ignore the losers no matter how successful they might have been.

Given the rapidly expanding body of work on this lost world one would have expected state and provincial heritage agencies to be at the forefront of protecting and promoting them.

This, sadly, has not been the case.

The stacked stones of the site are becoming increasingly battered, littered and neglected. Peter Delius/Wits University

A degree of disinterest was more understandable in the context of apartheid, which ignored forms of African heritage that could not be used to buttress ethnic divisions. But the neglect of Bokoni after 1994 is an indictment of the effectiveness of national and provincial heritage agencies. It is an expression of the blinkered and self-referential vision of the dominant political organisations in relation to history and heritage.

The Bokoni settlements have received no official recognition as a heritage site. Even more alarming is the fact that little in the way of protection has been extended to prevent the destruction of key sites and artefacts. Many of them are in a state of dereliction and decay, open to plunder and strewn with litter.

Walls that have stood for hundreds of years are in grave danger of finally being toppled by official indifference, vandalism and unregulated development.

Important preservation initiatives have been taken by local landowners and communities, but a huge amount more needs to be done to ensure that the marvels and puzzles provided by these myriad sites are available for future generations to visit, research and debate.

Peter Delius received funding from the NRF and Lotto

By Peter Delius, Professor emeritus, University of the Witwatersrand