Global leaders in Jerusalem to recall horrors of Auschwitz 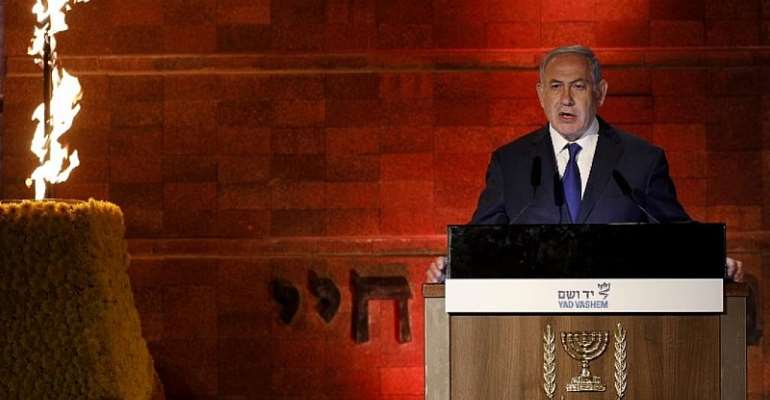 Dozens of world leaders have gathered at the Yad Vashem Holocaust memorial centre in Jerusalem to mark the 75th anniversary of the liberation of Auschwitz, the World War II death camp where the Nazis killed some 1.1 million people, most of them Jews.

The presidents of France, Russia and Germany, US Vice President Mike Pence and Britain's Prince Charles were to address the event at Jerusalem's Yad Vashem Holocaust memorial centre.

Guarded by more than 10,000 police, one third of the Jewish state's national force, the meeting of over 40 presidents, premiers and monarchs is the biggest international gathering ever held in Israel.

Alongside the host, Israeli Prime Minister Benjamin Netanyahu, the leaders will warn against a resurgence of anti-Semitism in speeches at the memorial site for the six million Jews that Nazi Germany killed in gas chambers, ghettos and forced labour camps.

Overshadowed by tensions
The ceremonies, which will also bring the kings of Spain, Belgium and the Netherlands to Jerusalem, move on next Monday to the site in Poland of the Auschwitz camp that was liberated by the Soviet Red Army on January 27, 1945.

While the focus in Jerusalem will be on the Holocaust and its haunting legacy, modern politics have had an impact on the event, held at a time of soaring US-Iranian tensions and ahead of Israel's March elections.

Netanyahu this week drew a direct link between the Nazis' "Final Solution" to exterminate Europe's Jews and the threat that Israel says it faces from the Islamic Republic of Iran.

While in the Nazi death camps, he said, "a third of the Jewish people went up in flames", today "Iran openly declares that it wants to wipe Israel off the face of the earth".