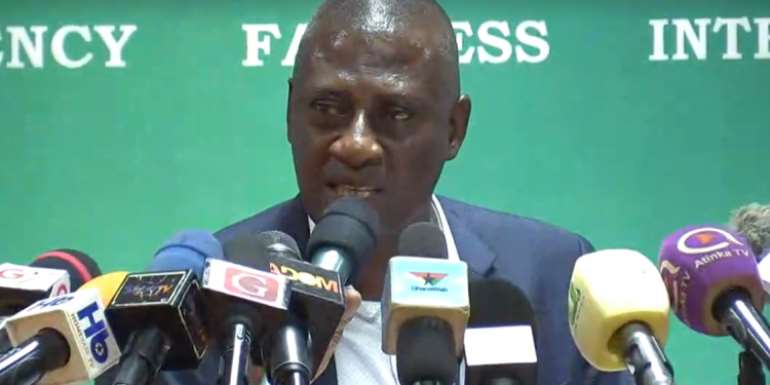 The Electoral Commission has set April 18 as the date for the compilation of the new voters’ register ahead of the 2020 general elections.

This was announced by the Deputy Chairperson of the EC in charge of Operations, Samuel Tettey.

The exercise is expected to be completed by May 30, 2020 after which an exhibition exercise will be conducted from August 15-28, 2020.

According to the Daily Graphic, the EC plans to deploy 8,000 registration devices for the exercise which will be rolled out at 32,000 polling centres nationwide.

The EC, according to the state newspaper, also intends to adopt a system where four polling stations will be merged to form a cluster to ease the process.

According to the electoral body, persons who will be registering for the first time will have their residential address, parents name and other essential biodata captured.

Additionally, Ghanaians who wish to have their personal information updated in the electoral roll will have to provide proof to make such changes.

The EC is hopeful that, the registration will be conducted in a fast mode because it is just adding the fingerprints and facials of persons who have already registered as all other existing data with the Commission remain intact. New voters’ register brouhaha

Some other political parties including the governing New Patriotic Party (NPP) and pro-government social groups have thrown their weights behind the EC, although the NDC and the others have vowed to resist the EC's move, fueling tension in recent times.

The Coalition of Domestic Observers (CODEO) adding its voice to the controversy said there is an urgent need for the Electoral Commission, stakeholders including political parties and Civil Society Organizations to meet and fashion out a way to address the ensuing controversy over the EC's proposed electoral reforms.

CODEO said the move has become necessary following the rising tension between the EC and some opposition parties.

CODEO in its statement on the matter said the Inter-Party Advisory Committee (IPAC) which has for many years been the platform for discussing and resolving election administration disputes must be used to address the ensuing controversy .

“The best way to get a resolution around these issues and to move the process forward is by providing an avenue for dialogue and consultation which also recognizes the constitutional mandate of the EC guided by several subsidiary rules to administer and manage the electoral processes in Ghana, and bearing in mind the electoral timetable. At the same time, the EC needs to acknowledge that not all electoral administration and related disputes are just a matter of law, but of political governance which requires transparency, accountability and the building of trust between the Election Management Body (EMB) and all stakeholders, including the general public,” CODEO noted.