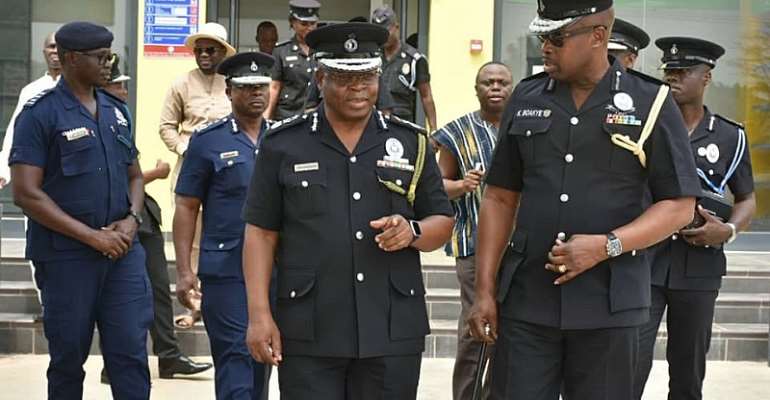 Following the shooting of two police officers in Mankessim, in the Central region, the Inspector-General of Police, Mr. James Oppong-Boanuh has visited the place.

The purpose of the visit was to comfort the injured cops and further wish them a speedy recovery.

The IGP was in the company of members of the Police Management Board (POMAB).

The two Police officers were shot by armed robbers while attending to a distress call at the ZEN filling station in the early hours of Wednesday 22nd January 2020.

The team assures the Police officers that the perpetrators would be arrested to face law.

The team also visited the crime scenes to acquaint themselves with firsthand information. At the scene, the IGP and POMAB members were briefed by the Central Regional Police Commander, COP Mr. Paul Manly Awini. They were joined by Hon. Ekow Quansah, MP for Mfantsiman Constituency.

In the case of the Police officer who died in relation to the incident (reference our earlier news release), the IGP instructed that the family (who are not residents at Mankessim, his duty station) should be formally informed and extended his deepest condolences to them and the Police fraternity.