Murder In The Interest Of Power 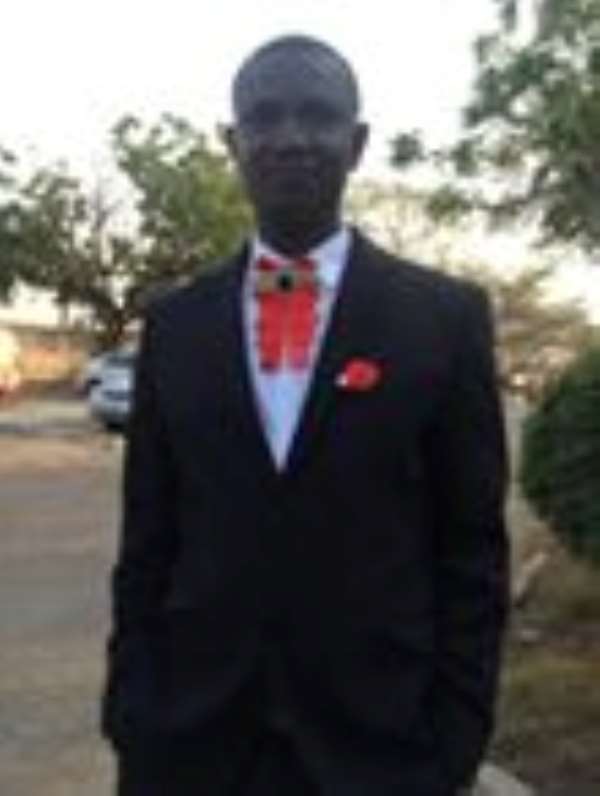 Denis M'Passou's literary piece, 'Murder in the interest of the church' details the principal character going to great lengths to reach the summit of his hopes and that would lead him to commit murder in order to have his dreams materialized.

The principal character's traits are portrayed in John Mahama of the National Democratic Congress. He exhibits features that are seen in the villain of that book.

The NDC flagbearer is on a murderous expedition to come back to power and if that would require endangering the lives of his own party members, he cares very little about it.

To get thousands to fill the streets of Kumasi for the cameras, John Mahama and his people conveyed their party members in articulated trucks. These trucks are mostly used to ferry goods including cattle.

To see human beings in such trucks is the most inhumane sight to behold! The sight sends one's mind to how goats and sheep are carried from one place to the other.

Human beings were treated like sheep, cattle and goats in Mahama's quest to win political power. Interestingly enough, the leadership of the party and their family members rode in expensive cars to Kumasi for the demonstration.

The apostles of human face have treated their own party members with animal face. Desperation may lead one to walk on a path that may appear undulating, but when it leads one to commit mass murders, it becomes more than worrisome.

The NDC should stop treating their own party members as animals.

SELF-RIGHTEOUS AND PHARISAIC SMILES
With their self-righteous and pharisaic smiles, the NDC have asked the Akufo-Addo administration to allow the Auditor General to work.

They held a press conference in which they came heavily on the Akufo-Addo administration for putting impediments in the way of Daniel Yao Domelevo.

They cited the legal brawl between the Senior Minister, Yaw Osafo Maafo as an example of the Akufo-Addo administration preventing the Auditor General from doing its job.

"The independence of state institutions must be respected. The Auditor General falls under this category and has to be given the free room to operate without fear or favour" they said at the event.

The Electoral Commission is another independent state organization. Is it not incongruous with logical reasoning to subject them to these hellish conditions when they also find themselves in the same category as the Auditor General?

These people make politics some farcical drama to be showcased to an audience that does not see anything amusing in the plot of the play.

With a posturing that appears more benign than combative, Samuel Ofosu-Ampofo has sent the signal out there that the NDC and its allies would no longer demonstrate until the Emile Short-led Eminent Committee members bring closure to their engagements with the EC and the other stakeholders.

From a distance, one would be tempted to believe that the committee just notified the general public about its engagements with the political parties as well as the EC when in actuality that was done a week or so ago.

We can sufficiently make the case that the NDC is not putting its demonstrations on hold because of the work of the committee.

It would not be far from hitting the nail right on the head to opine that the NDC is not achieving the core objective of their demonstrations.

The Electoral Commission is not relenting on pushing ahead with the compilation of a new register and that makes nonsense of their street agitations.

It has been a fruitless adventure from day one. Nothing advantageous can come out of their demonstrations.

The Kumasi demonstration retires the others they intended to embark upon. The reason is simple, blood may ooze out of their eyes, that cannot guarantee them their wish.

DISHONESTY IS THE BANE OF THESE NDC GUYS.

They say those who have died but have their names in the voters' register cannot come back to vote.

That's a fallacy. In Ghana, the dead vote. They vote in a way that is not so strange to us.

This phenomenon, it is worth noting, is not peculiar to only one political party.

The manual verification is the system the dead use to cast their votes. In the strongholds of the political parties, the manual verification system is used to stuff ballot papers in boxes, creating the impression that those people went to the polling stations but could not be verified biometrically and had to be allowed to vote manually.

This is the kind of danger the EC is trying to cure with a more robust system which does not allow this kind of abuse to continue plaguing us.

The dead should not vote and that's the more reason the Electoral Commission should be left alone to do its job.

NIA'S DATA
Quite recently, we have had some people preaching to us about the need to rely on the NIA's data to procure the voters' register.

The 18 CSOs who jumped on the bandwagon also made a stronger case for the adoption of NIA's yet-to-be-finished data as the source for the EC to generate a register for purposes of elections.

They contended that the EC is superfluously spending monies to compile a whole new voters' register when same can be generated from the NIA's database.

The opposition NDC which has been at the forefront of the campaign against the new register has waded into the issue with a position that would shock many Ghanaians.

At a press soiree held on Saturday by the NDC, Samuel Okudzeto Ablakwa said that the NDC rejects any attempt to make the NIA's database the source from which the EC can procure the register.

"Related to the NIA registration is the attempt to use the NIA registration as a voter's registration card. We want to serve notice that we in the Volta Region will not accept that and that the NIA card will not serve as a voter registration card. We've seen top government officials make that point. We heard Dr. Bawumia, recently we heard Senior Minister Osafo Maafo say that that is the agenda, that cannot be the agenda. That is not what we passed in Parliament, that's not what the Constitution says. The Constitution is very very clear about the role of the Electoral Commission. It is their duty to compile a voter's register. It is our considered opinion, very respectfully, that the NIA has no business venturing into matters of elections"

The register will be compiled for the next elections and beyond.