Hon. George Andah And Nana Addo Do Not Deserve A Second Term

By Patriots of Awutu Senya West 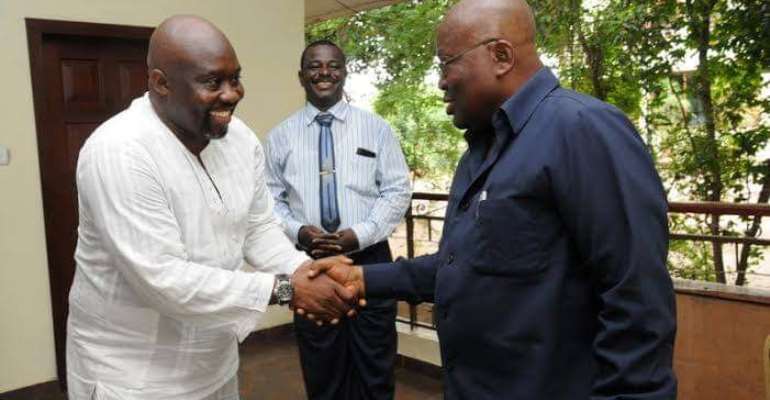 The performances of the MP for Awutu Senya West and President Nana Dankwa Akuffo Addo are abysmal and the district is retrogressing instead of progressing.

Recently, the political Science Department of the University of Ghana conducted a survey, our MP scored 12%(88% of the respondents who are his constituents do not want to see his face on the ballot paper come 2020) which we advised him to up his game (12% is equivalent to F).

Our MP, Hon. George Nenyi Andah who promised us to do more than the former MP, Hon. Hanna Tetteh has scored 38.225%(Equivalent to F) in the survey conducted by Alliance for Social Equity and Public Accountability (ASEPA) which means maintaining him means the constituency will not move forward as planned by the erstwhile Mahama administration.

Today, the office of the Local Government Service led by their own NPP former MP for KEA, in the person of Dr. Nana Ato Arthur, ranked Awutu Senya District as 18th in the central region out of 22 districts and 174th out of 244 districts nationwide. This affirms the fact that Hon. George Andah is a reverse gear MP and a failed MP.

The unapproachable MP has demonstrated to be all time arrogant leaving the people of Awutu Senya to their fate with their problems.

Patriots of Awutu Senya West is ready to support a hardworking person who is ready to assist the youth in terms of employment and welcome everyone not only his or her party members only.

We, therefore, state again that, Patriots of Awutu Senya West will not support a candidate or a leader who does not bring glory to Awutu Senya West but always bringing disgrace to constituents and the district. Hon. Andah should not turn the district into a laughing stock.

Last but not least, the question we will like to ask is simple, when will our MP, Hon. George Andah bring us glory? Defaming the constituency has become his hallmark and we are no more proud to call him our MP.