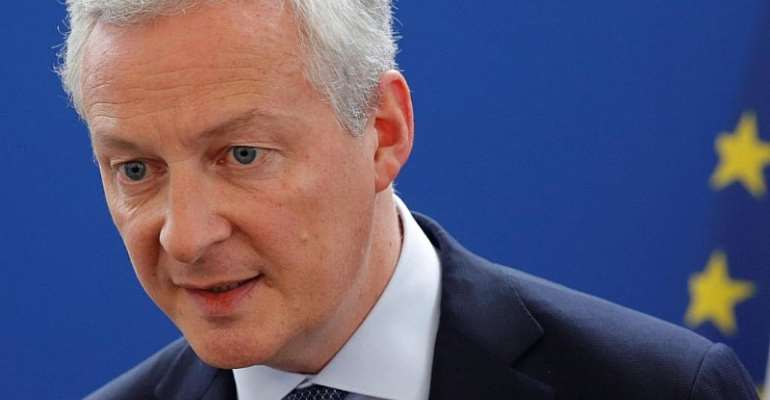 France and the United States have agreed a deal to end a row over taxing US digital giants such as Google, Amazon, Facebook and Apple - the so-called Gafa tax - that could have sparked a trade war between the countries, finance minister Bruno Le Maire said on Wednesday.

"We have reached agreement ... on a joint global framework," Le Maire said after talks with his American counterpart Steven Mnuchin at the World Economic Forum in the Swiss resort of Davos.

France had been planning to start the digital tax regime imminently.

However Le Maire said France would delay the payments required from the firms until December 2020 while the US held fire on its planned sanctions.

"France will accept neither the withdrawal nor the suspension of its tax [on digital giants] so long as there is no international solution," he added.

Both the United States and the EU support a bid by the Organisation for Economic Cooperation and Development (OECD) to find a compromise to the dispute.

"We still need to have a clear understanding of what will be the working basis at the OECD and we want this basis to be solid, credible and fair," Le Maire said.

Push
Sajid Javid, the British finance minister, said that a 2% levy would be placed on the digital business of firms making 500 million euros a year in global revenues from April.

“We plan to go ahead with our digital services tax,” Javid told a panel discussion in Davos.

“It is a proportionate tax and a tax that is deliberately planned as a temporary tax. It will fall away when there is an international agreement.”

Mnuchin told the same seminar: “We've been pretty clear that we think the digital tax is discriminatory in nature.”

And referring to the proposals of several countries to slap levies on digital giants, Mnuchin warned: “If people want to just arbitrarily put taxes on our digital companies, we will consider arbitrarily putting taxes on their car companies.”