Luanda Leaks: the billionaire off the back of Angola's riches 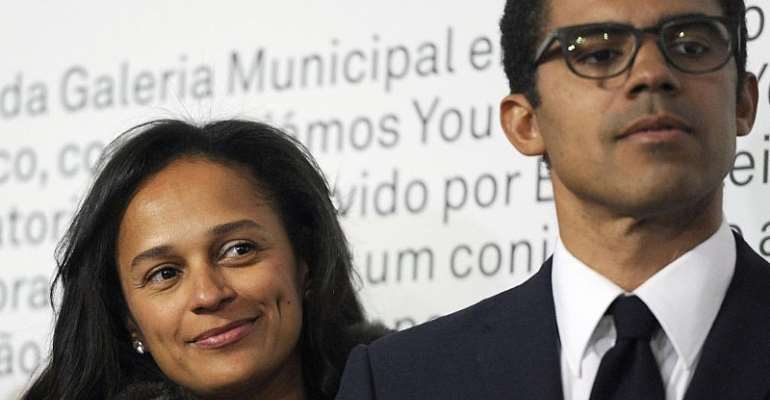 More than 700,000 leaked documents, dubbed the “Luanda Leaks”, reveal how Isabel dos Santos and her Congolese husband, Sindika Dokolo, steered millions of dollars in Angola's public funds towards companies where they held shares.

Angola is seeking help from Portugal, Dubai and other countries to recover state funds of more than a billion dollars lost to corruption and bring back dos Santos, the daughter of the former president, Eduardo dos Santos.

The leaked emails, charts, contracts, audits and accounts were initially obtained by the anti-corruption Paris-based charity, the Platform to Protect Whistleblowers in Africa, which shared them with the International Consortium of Investigative Journalists, ICIJ.

More than 120 journalists from the ICIJ and 36 media organisations, including RFI, in 20 countries, spent nearly a year poring over thousands of documents and conducting interviews.

The ICIJ said it uncovered two decades of unscrupulous deals that made dos Santos Africa's wealthiest woman. Her exploits, they say, left oil and diamond rich Angola one of the poorest countries on earth.

The 46-year-old was named Africa's first female billionaire in 2013 by Forbes magazine which estimates her wealth at 2.1 billion dollars.

“Isabel dos Santos was the daughter of a president of an autocratic country and she made a lot of money because of that,” said Micael Pereira, reporter at Expresso newspaper in Portugal.

Her father ruled Angola for 38 years before stepping down in 2017. During that time, his daughter's companies received public contracts and licences worth millions.

Angola's omnipresent dos Santos
According to journalist/activist, Rafael Marques, Isabel dos Santos is omnipresent: in energy, banking, telecommunications, diamonds, the media, retail, cement, beer, and a range of other industries.

ICIJ uncovered a web of more than 400 companies and subsidiaries in 41 countries linked to Isabel dos Santos or her husband including 94 in offshore centres like Malta, Mauritius and Hong Kong.

Dos Santos reacted with 31 tweets on the day Luanda Leaks was out, on 19 January. She denied the allegations.

She said it is part of an orchestrated attack against her by the current government.

Dokolo said they are victims of a witch-hunt. And told RFI that, in 2019 alone, they paid 250 million US dollars in taxes to the Angolan government.

Government actions
In December 2019, prosecutors in Angola froze the bank accounts and domestic assets owned by the couple.

They have been accused of siphoning payments of more than one billion US dollars from the state oil company, Sonangol, and the official diamond trading group, Sodiam, to companies where they hold stakes.

Dos Santos headed Sonangol until she was forced out by her father's successor, President Jao Lourencao.

Luanda Leaks found that a payment order of 38 million dollars was made from Sonagol to a bank account in Dubai controlled by a friend, hours after Lourencao fired dos Santos from her job.

Law firms helped to set up shell companies and move money for dos Santos and Dokolo. Consultants advised them on ways to run their businesses and avoid taxes.

PwC said it had initiated an investigation into what it considers to be very serious allegations.

Bob Moritz, the chairman of PwC, said the dos Santos story was the worst thing to have happened to PwC on his watch.

The company has taken action to terminate any work for entities controlled by the dos Santos family. PwC made more than a million dollars in five years while providing chartered accounting and auditing service.

The Portuguese bank, Eurobic, where dos Santos hold a 42.5 per cent stake said it had decided to end its business relationship with the businesswoman and people closely related to her.