Wuhan coronavirus deaths rise to 17 as WHO ponders global emergency 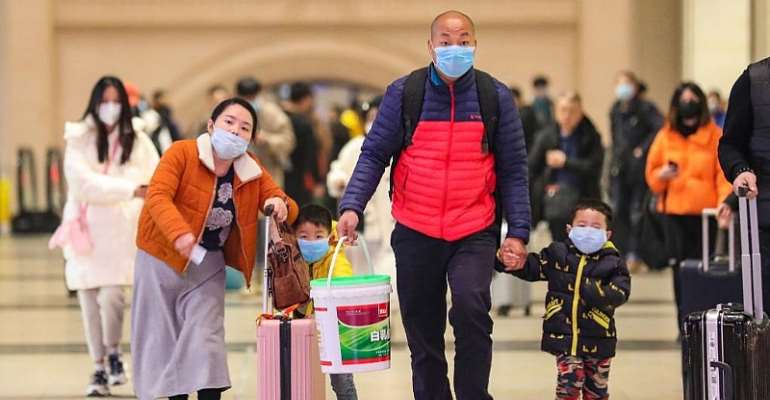 The World Health Organization (WHO) was considering whether to declare China's Wuhan coronavirus epidemic a global health emergency as the death toll rose to 17. More than 470 cases of the infection have been reported, with more cases spreading outside China.

All the victims come from Hubei province where the epidemic was first reported in December 2019.

Hong Kong, Thailand, Taiwan, South Korea, Japan and the United States emerged as the latest countries with cases of the flu-like virus. WHO spokesman Tarik Jasarevic said new cases would appear as China stepped up monitoring.

The warning comes as millions of Chinese prepare to travel to celebrate the lunar new year.

Officials have appealed for calm, but many have began to avoid public places such as cinemas and shopping centres.

"The best way to conquer fear is to confront fear," said one commentator on Weibo, the Chinese social media platform.

Key hub at epicentre
The virus is belived to be a previously unencountered strain of coronavirus – a family of viruses that can cause illness ranging from mild colds to Severe Acute Respiratory Syndrome (SARS), which killed nearly 350 people in China and another 300 in Hong Kong in 2002 and 2003.

The virus appears to have been first contracted through exposure to illegally traded animals at a market in Wuhan city. Chinese have confirmed that the virus is now passing from person to person.

With more than 11 million people, Wuhan is central China's main industrial and commercial centre as well as an important transport hub. It is home to the country's largest inland port and the gateway to the Three Gorges hydroelectric dam.

Fears of a pandemic initially spooked markets in China, with aviation and luxury goods stocks hit and the yuan falling. But they all rallied on Wednesday in the wake of the government response to the crisis.

"I believe the government for sure but I still feel fearful," said Fu Ning, a 36-year-old woman in Beijing. "Because there's no cure for the virus, you have to rely on your own immunity if you get an infection. It sounds very scary."

Centre
In tandem with the Chinese response, airports around the world on Wednesday increased screening of people arriving from China.

The Chinese-ruled gambling hub of Macau confirmed its first case of pneumonia linked to the coronavirus and tightened body-temperature screening measures.

A first case of the virus emerged in Hong Kong on Wednesday, media reported. The patient arrived on a train from the mainland and had been quarantined.

"The whole world is watching," the city's commerce secretary, Edward Yau, told Reuters at the World Economic Forum in Davos.

China's Central Political and Legal Affairs Commission, the top legal authority posted on social media: "Anyone failing to report virus cases will be forever nailed to the pillar of historical shame."