You may call it the clash of the titans at the basic educational level and interestingly enough, two schools have made it to the finals of Citi TV's maiden Best Brain Quiz Competition.

The two schools, Happy Kids School and Silicon Valley will meet on Saturday 25th January to battle it out for the ultimate winner.

The event will be held at the Ridge Arena of Swiss Spirit Alisa Hotels in Accra and would present grueling question and answer sessions.

The program is sponsored by Blue Knights Limited with support from Citi FM. 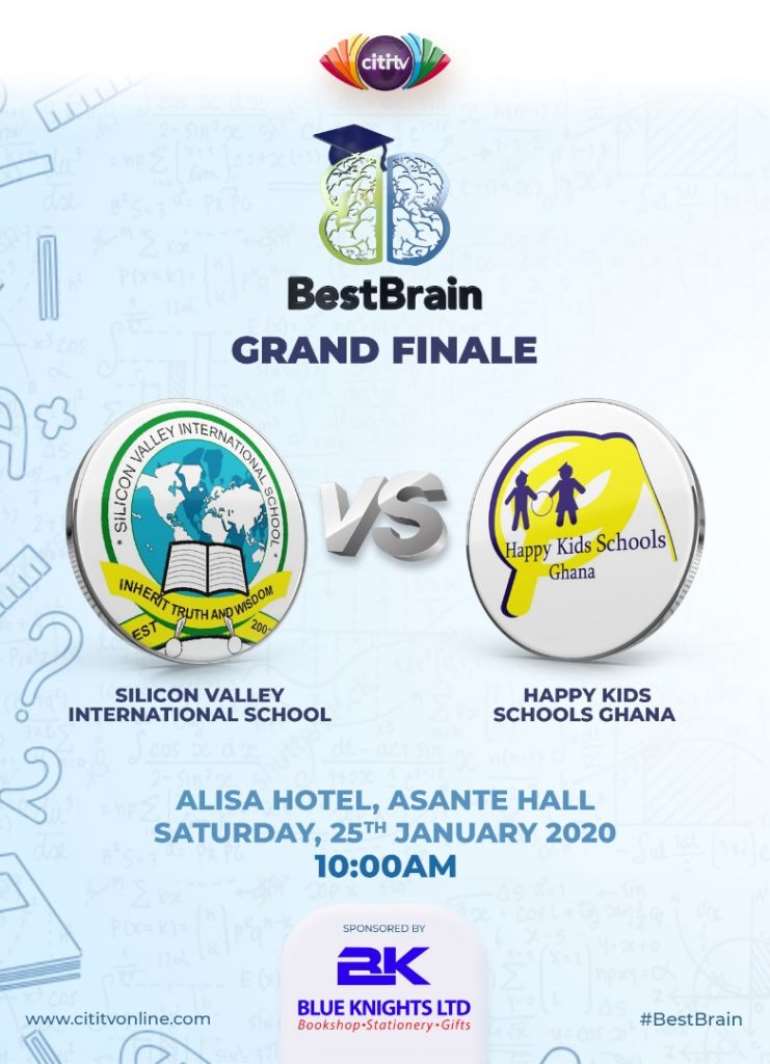 Both schools have already showcased their sneak-peek for Saturday’s showdown with hopes of matching each other closely.

This they did at the project stage (semi-finals) with the stellar exhibitions that paved way for their finals spot.

Simply put, the finalists are unbeatable and are ready to do justice to the questions set by the team of indefatigable examiners and to be put forward by the show’s stupendous quizmaster.

At the end of the presentation at the project stage and per the judges' scores, Happy Kids and Silicon Valley took the first and second positions respectively leaving Christ the King behind in third place.

This was after they presented riveting projects on how the Ghanaian environment has largely been damaged by human activity and human-influenced climate occurrences.

The results stood as follows:

At the quarter-finals, they sent the Ministry of Health Basic School packing with 68 and 59 points respectively.

It qualified at the Preliminary stage by beating their counterparts from the Adenta Community School with 83 points as against the later’s 81.

They won their preliminary contest by a hair's breadth by garnering 83 points with Adenta Community School following closely with 81 points at the end of proceedings. Best Brain; where knowledge lives

Best Brain is an educational show that brings Junior High Schools together in a classic quiz competition.