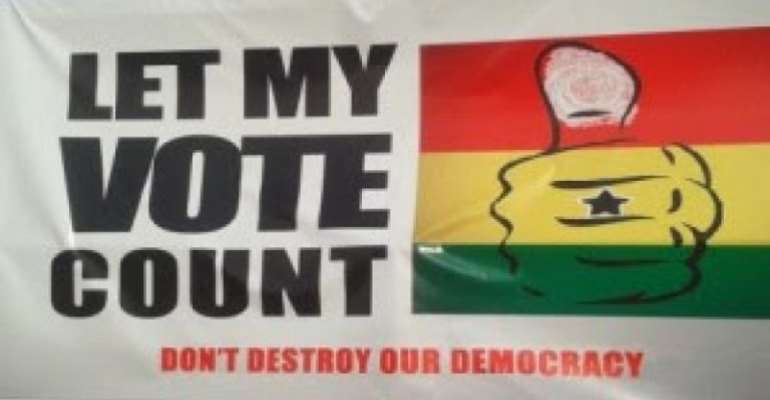 The Let My Vote Count Alliance says nothing can obstruct the Electoral Commission (EC) from going ahead with the compilation of a new voters’ register for this year's general elections.

Convener of the group, David Asante, who spoke at a news conference in Kumasi on Wednesday called on Ghanaians to stand up and support the electoral management body's decision to compile a new register.

“We appreciate the finality brought to the issue of the voters' register by the EC. Do not be swayed by the purported resistance of the NDC towards the registration exercise. While they openly reject the new voters' register, they will mobilize their supporters to register. We are going to throw our weight and support behind the EC. It's a done deal. No turning back. The new voters' register will happen,” he assured.

In 2015, members of the Let My Vote Count Alliance demonstrated to push their demand for a new register.

However, the protest turned chaotic when some of their members reportedly veered off the approved route.

The Police used rubber bullets, water cannons and tear gas on the protestors after efforts to compel them to adhere to the approved routes failed.

The NPP which had joined the protestors to also demanded for the compilation of a new register then tasked the Police to and bring to book its personnel that unleashed mayhem on them.

This unfortunate incident, however, didn't deter the group from insisting on what they want.

Just a year ago, the Alliance welcomed the EC's decision to compile a new voters' register after the Inter-Party Advisory Committee (IPAC) meeting.

The group said that it was confident that with “the new technological advancement in areas such as cloud computing and secured encrypted systems available, a new voters register should bring more transparency and fairness to future elections.”